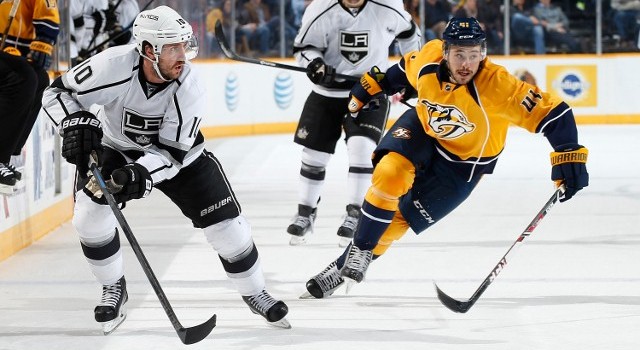 On how “complete” of a road performance the Kings had:
It’s a hard-fought point. We have to start scoring some shootout goals. It cost us on the road.

On the team’s key penalty killing:
Yeah, I think the one in overtime, obviously, is the big one, and our power play in the third, late. When you have good opportunities, you have to put it in the back of the net.

On whether breakdowns occurred in Nashville’s two second period goals:
Yeah, both of them are, yeah. Veteran players. We’re going to have to score four goals in a game to win.

On Martin Jones’ performance:
You know what? It’s a tough building. You need good goaltending. If you look at it, they’ve lost, what is it, one game in regulation [at home]? This whole division’s crazy tough.