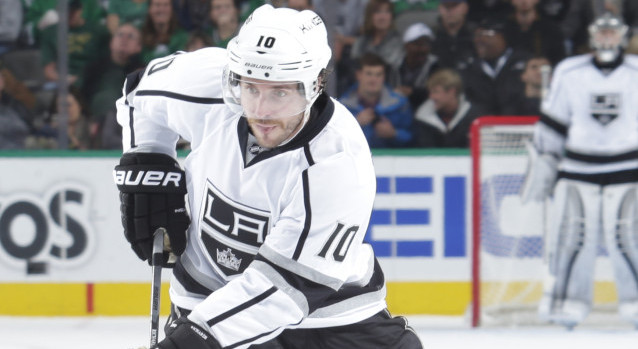 Mike Richards, on the Kings’ road record:
It’s just one of those things where you get more comfortable playing on the road. We’re used to playing at Staples and having a crowd behind us. I think when you’re on the road, you need to create your own momentum. I think that’s what we have to start doing.

Richards, on whether they were surprised by Dallas’ speed:
No, we knew that they were going to be a fast team. I mean we’ve played them twice in the last two weeks. I think we should know what we were going to get.

Justin Williams, on nearly coming back from a 4-0 deficit:
Yeah, ifs, ifs, ifs. I mean everybody was extremely – disappointed isn’t the right word – pissed off about how we came out. Power plays had a chance to take the game over and write a different outcome tonight. We didn’t answer the bell early. [Reporter: You had three straight power plays and that would have-] Yeah, that would have. I mean it was a good job drawing them. But the determination on the power play to have an impact on the game early, regardless of whether or not you’re waiting to start the game or whatever excuse you might have, but we weren’t ready to do it.

Williams, on whether there are any positives to take away from the last two periods:
Well it could have gotten embarrassing, certainly. We manned up and made a game of it, but it doesn’t really give us much solace right now. We’ll learn from that just like every opportunity lets us do.

Williams, on whether it is surprising that they have only one win on the road this season:
Yeah, it is.

Williams, on getting bodies and pucks to the net:
Once we decided to go there and shoot the puck, there was plenty there kicking around waiting for us.