The View from Carolina 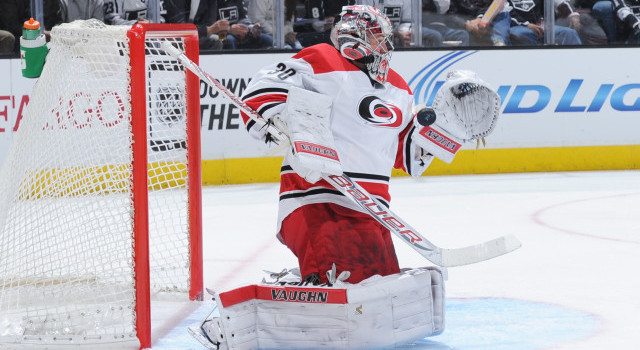 “The Hurricanes had three first-period power plays and recorded just one shot in that six minutes of man advantage time. Though they would finally convert on a power play in the second period, connecting or even generating more on the trio of power plays in the first could have helped jump start a team that had just five shots in the first 20 minutes.”

“Ward made 36 saves in his matchup with fellow Conn Smythe winner Jonathan Quick, who made a glove save on Elias Lindholm with 1:32 left in the third and Carolina playing with the extra attacker.”

“The Kings outshot their opponents 11-5 in the first period and 18-11 in the second, but the Canes hung in there and kept it close.”