The View from Florida 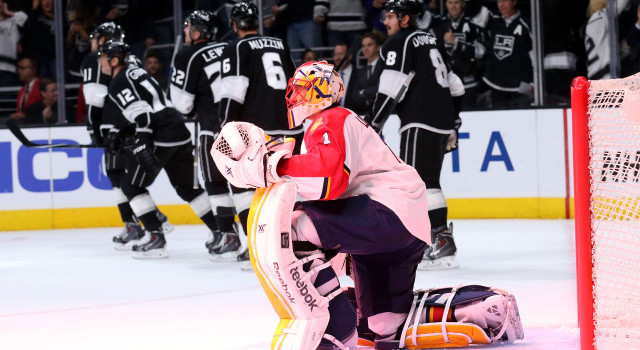 “Los Angeles coach Darryl Sutter and captain Dustin Brown presented Mitchell with his ring and he was honored with a short video montage during the first period.”

“The Panthers had been one of two teams in tne NHL, along with the Penguins, to enter the game with just one regulation road loss.”

“Grimaldi had three shots on net when he was pulled from the game to fly to Los Angeles. The Panthers were checked the NHL rulebook to make sure Grimaldi was allowed to play in two games on the same day.”

“The Panthers have lost five in a row in Staples Center, with their last win coming in Los Angeles on Nov. 27, 2002.”

“Tough night for Florida. The Cats outplayed the Kings in the first but the offense couldn’t finish to give Luongo a lead to work with.”