Martinez expected to miss one week, per Lombardi 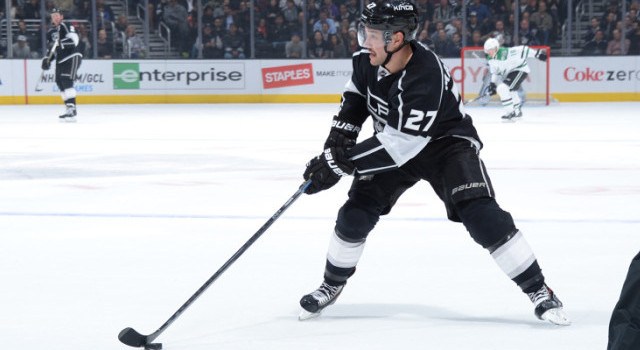 Alec Martinez, who injured a pinky finger when struck with a shot during last Thursday’s game against Dallas, is expected to miss one week of action, General Manager Dean Lombardi told LA Kings Insider.

The term of his absence is close to a best-case scenario. Concerns were raised when the word “surgery” was used last Friday, though the procedure that was done on Martinez’s finger did not sound as if it would sideline the defenseman for any extended period of time when Darryl Sutter described it following Saturday’s game against Anaheim.

“You know what? Everything went well,” Sutter said. “It was basically a finger – they had to do some suturing on his finger and clean up his nail a bit. When it heals, then he’ll be ready.”

The Kings face Florida (Tuesday) and Carolina (Thursday) at home this week before leaving on a three-game road trip that opens in Dallas on Saturday.

The Kings are scheduled to practice at Toyota Sports Center at 10:00 a.m. today; I’ll post updates if Martinez takes the ice.