Blake in The Hall: A multi-faceted package, influence 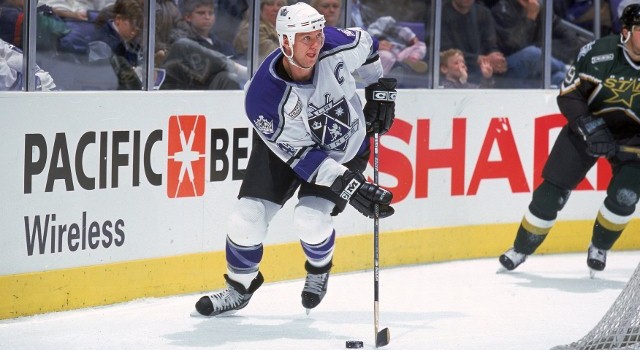 There was an interesting conversation two weeks ago with Darryl Sutter in which the Kings’ coach spoke about newer, hybrid-style NHL defensemen who are less specialized than the more traditional “stay-at-home” or “offensive” blue liner. Good teams around the league will have several impact defensemen whose full package features good diversity – defensemen such as Drew Doughty, Marc-Edouard Vlasic, Mark Giordano, and Alex Pietrangelo would be among the Western Conference’s most notable names.

Rob Blake played his first NHL game in March, 1990 and his last in May, 2010 and possessed a widened skill set that featured both an explosive physicality in his open ice hits and a powerful, accurate shot with which he contributed his share of offense. No other Kings defenseman recorded as many goals, assists, points, power play goals or game-winning goals with the club as tonight’s honoree.

One Kings defenseman who will, over time, hold an assault on many of the club’s milestones is Drew Doughty. As Blake grew up with a profound respect for Larry Robinson, it was Doughty who offered a well pronounced show of admiration for a player who represented the multi-faceted evolution at the position.

“He was first PK, first power play, he’s shutting down the other team’s best lines and that’s exactly the player I am as well. [I’m] obviously not to his level yet, but I’m hoping to get close to him one day,” Doughty said. “He kind of originated that. I think back in the day there were stay at home D-men and there were offensive D-men. It was rare you got the complete package and he was one of those first guys. I try to emulate my game after him, that’s for sure.”

“We talk a lot, more now,” Blake said of Doughty. “It’s a different relationship because when I was growing up, management was a separate thing. Dean is much more open to player meetings and those type of things.”

“He’ll once in a while come up and say ‘What do you see in the game?’ I’m trying to work on these ways to chart young defensemen and see how effective they are during a game and an easy one that we can send other staff out and do. I had Drew in a few weeks ago and I said ‘Drew, I’m trying to do this. I charted you, I charted a lot of other D and I got their numbers, their touches in the D-zone during a game.’ Most guys are in the 20’s to 30 for a game. So I said, ‘I wanted to set a standard, so I decided to chart you, Drew. You had 48 one game. And against St. Louis,’ and it was in our end a lot. But I laughed at him because I said, ‘Drew, I can’t use a chart because you’re way off. You’re way over, this side. I want somebody who is in the middle.’”

Drew Doughty, on how well he knew Rob Blake when he joined the front office:
I knew him very well. I met him a few times, talked to him a little bit here and there. It probably wasn’t even until this year that I actually would go up there and talk to him, sometimes ask for advice and things like that. I’m really happy he’s a part of the organization because he’s a defenseman. I know all of us, if we have anything we really need we’re going to go to Blakey.

Doughty, on the advice he receives from Rob Blake:
He really is just very supportive. He loves my game. He likes the way I compete. He likes the way I play in both ends. I think I kind of play like him in certain ways. There are some things he’s taught me on the power play, just getting my shots through, taking more shots. He taught me that sometimes it’s good to just waste one, just right off the bat shoot one as hard as you can, hit the guy in the hand or something and next time they’re not going to want to block that shot. He’s taught me some little things like that. I will continue to go up there and ask him for some more advice. Especially right now, I don’t have a goal, it’s not that I’m not getting chances or anything like that. I just have to bear down and put one in the net. He might have some advice on that. 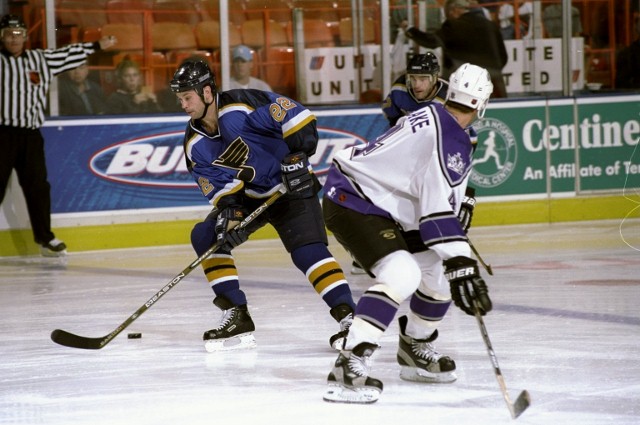