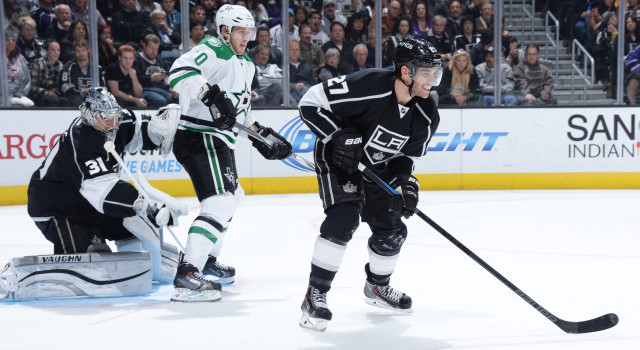 Alec Martinez, who appeared to suffer an injury to his hand when blocking a shot midway through the second period against Dallas on Thursday, underwent surgery Friday morning, per General Manager Dean Lombardi. At the time, the severity of the injury or the type of surgery wasn’t immediately clear.

Encouraging news followed the Kings’ 3-2 win over Anaheim on Saturday when Darryl Sutter provided some details on the procedure. It doesn’t sound like the injury – which affected Martinez’s pinky – should sideline the defenseman long term.

“You know what? Everything went well,” Sutter said. “It was basically a finger – they had to do some suturing on his finger and clean up his nail a bit. When it heals, then he’ll be ready.”

That’s good news for Martinez and a depleted Kings blue line. The surgery was minor, and while there’s no timetable for his return, it’s something that appears to be of the shorter-term variety.