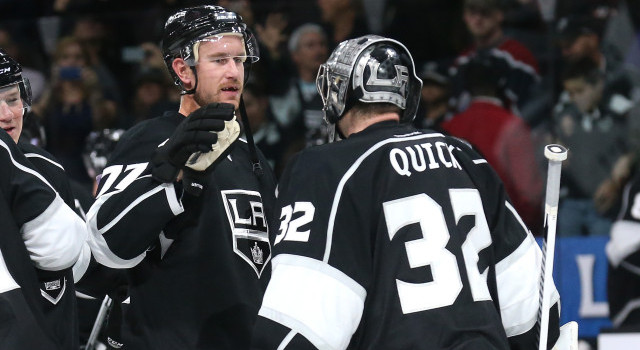 On the team’s “60-minute effort”:
I think the penalty kill in the first period was the difference in the game. Five-on-four, five-on-three, kill, kill, Gaborik scores, and we score again.

On whether Vancouver’s breakout challenges were caused by strong five-man L.A. units:
I think our five-man unit did a good job. When you only have five defensemen in the lineup for us, it’s more us coming out of the zone and trying to get out clean because it saves a lot of energy not being in your own zone.

On the performance of the four defensemen other than Drew Doughty:
Those are normal minutes for Drew based on what we’ve done this year, but I think for all four of ‘em, once you go from a mid-teen-minute to almost a 20-minute, or a 20-minute to a 25, that’s a big difference in the game. Hey, you need the lead to be able to do that, otherwise you’re probably not saying it looked so good.