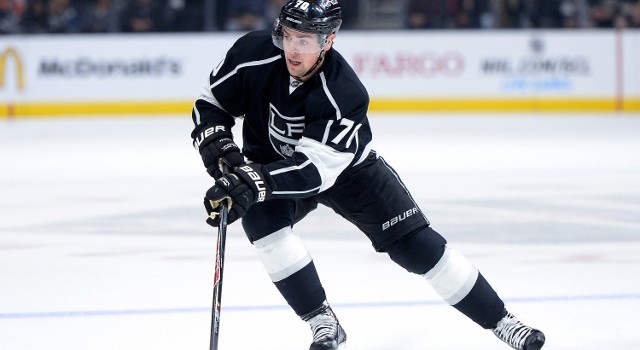 The good news: Tanner Pearson has been named the NHL’s Rookie of the Month for October. In 11 games last month, he totaled nine points (7-2=9) and an impressive plus-nine rating that included plus-or-better ratings in each of his outings.

The bad news: It doesn’t appear as though he will receive an actual gift. I consulted with Martin Jones – a co-Rookie of the Month last December – who said that there was no certificate or plaque he received. Apparently Mr. Pearson will have to live with the simple acknowledgement of being highly respected amongst other young players in the top league in the world.

Pearson said he was “pretty excited” when learning of the news from a text he received from one of the team’s public relations representatives earlier this morning.

Pearson was only narrowly eligible for the award, having appeared in 25 regular season games last season, the maximum to still qualify as an NHL rookie.

That he appeared in an additional 24 playoff games for a total of 36 games played between November, 2013 and June, 2014 and lifted the Stanley Cup above his head separates him from other young players around the league.

“Especially with the run we had last year, not too many guys win the Cup before they’re considered a rookie or when they’re still considered a rookie the next year,” he said. “It’s different, but you’re just another player and you have to play your game.”

All but one point from Pearson’s haul came at home. Darryl Sutter, who spoke at length about his line’s deployment earlier today, said that Pearson has “had a tough time on this trip.”

“A lot of that is because when you do play Tanner with Jeff and Ty, they get the attention, especially with Kopi and Gabby either in the lineup or not on top of their game or just coming back, so they’re going to draw a lot more attention.”

While he’ll look to break out of a three-game scoreless streak tomorrow, the small sampling matters little in the grand scheme of an NHL season. The Kings hit an absolute home run with the 30th pick in the 2012 NHL Draft by selecting the Kitchener native who had twice passed through the draft.

For more on Tanner Pearson, and how he stacks up amidst other home grown Kings left wings, check out this recommended story by The Royal Half contributor Pumpernicholl.

Tanner Pearson, on whether his line is receiving more attention from opposing teams:
Yeah, it’s been different but stuff hasn’t been going our way like it was in LA. I think we’re still creating stuff, we’re just not capitalizing on those second and third chances.

Pearson, on the Kings’ road trip:
I think we had a lot of bounces in LA, which were awesome. And then we go on the road and things slowly don’t start to go in. Like last night, we had a couple chances. Brownie with the penalty shot, he scores that, it changes the game and then Stick hit the post last night I think. There are a bunch of little things. It’s a game of inches, but I think we just have to keep on plugging away.

On whether he’ll have to “put money on the board” after winning an award:
We’ll see what happens tomorrow. But there is probably a little something on the board, for sure. 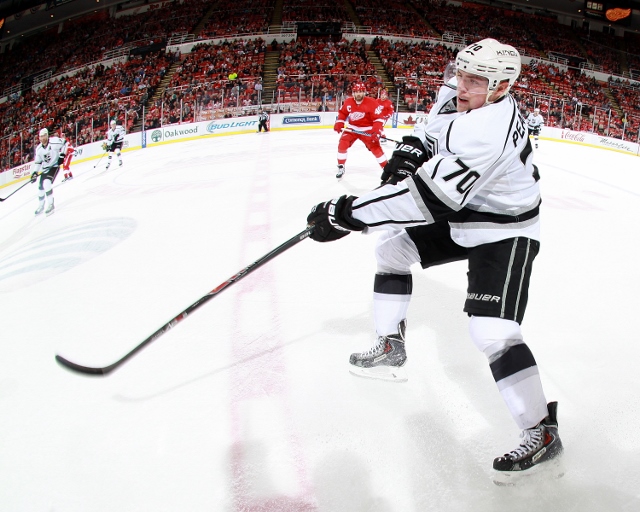