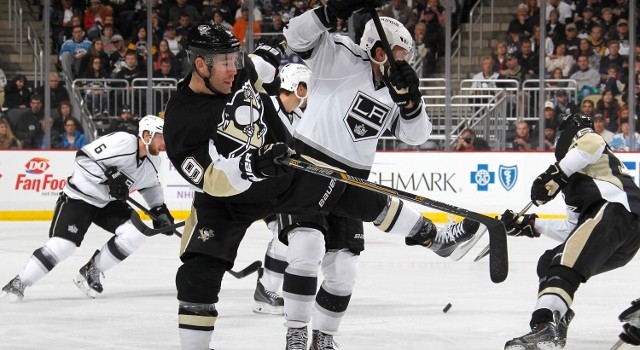 There was really no special formula that allowed the Penguins to defeat the Kings at the Consol Energy Center on Thursday night. Pittsburgh’s power play entered the game operating at 40.6%, it scored on two of six man advantages, and while the home team wasn’t necessarily controlling the pace of even strength play, they played with a lead for 50:44 and were always in control of a game they eventually won 3-0. Their penalty kill is also in the midst of an impressive run; having killed off all four L.A. chances, it has now killed 22 consecutive penalties over the last six games. Other than the pure skill that allowed Pittsburgh to take the lead on an Evgeni Malkin-to-Chris Kunitz slap/pass and redirect on a five-on-three early in the game, last night’s game wasn’t among the more compelling games of the season from a pure entertainment standpoint. Among the more bizarre moments last night was Jarret Stoll’s minor penalty being rescinded, an incident that caused some cocked eyebrows and head scratching as coaches and players after the game tried to determine when (if ever) they had seen referees admit mistake and take a penalty off the board. More importantly, five of the six Kings penalties that led to power plays came as the result of stick fouls; those are the types of penalties that tend to irk this coaching staff. 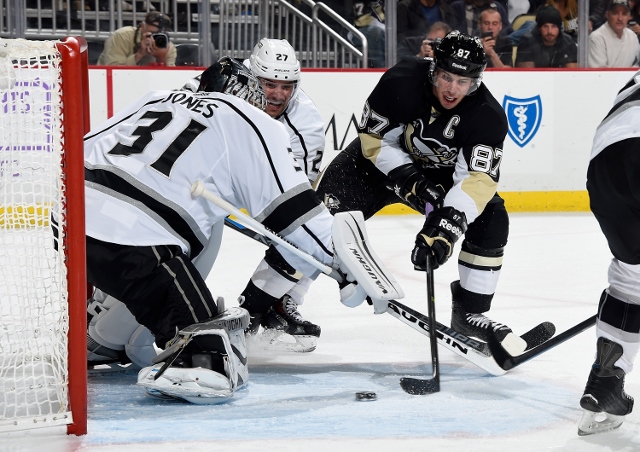 Shot attempts will say that the Kings fared well at even strength, though how many quality chances were generated in last night’s loss? The most dangerous L.A. rush took place in the first period on a Pearson-Carter-Toffoli three-on-two that ultimately resulted in Jeff Carter drawing a penalty, though Tyler Toffoli was whistled for an offensive zone hook under a minute later that, combined with a Drew Doughty interference call, resulted in the game’s opening goal. There’s no real reason for alarm here; the team is affected by the absence of three major impact players (and one of the club’s best penalty killers) from the lineup, and at 6-2-2 through 10 games, the Kings have weathered the early injury spike quite well. But there wasn’t a consistent ability on Thursday to drive pucks and bodies to the front of Fleury, who didn’t count a surplus of outstanding saves amongst the 36 stops he made in the shutout. While impacted by injury woes, there’s no consistent production outside of That 70’s Line during early this season. Apart from the 17 goals generated from that group, the Kings goal scorers are Anze Kopitar (2), Mike Richards (1), Justin Williams (1), Dustin Brown (1), and Dwight King (1). While much has been made about the lack of scoring from the team’s defensemen, that’s also partly due to the power play, which is 0-for-9 on the road this season (and 21st overall at 15.2%). 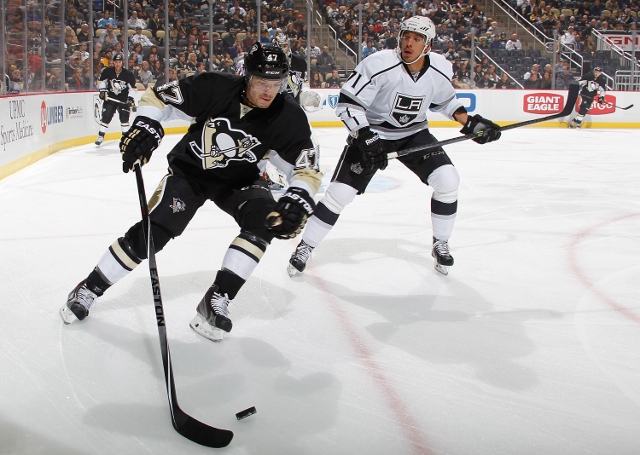