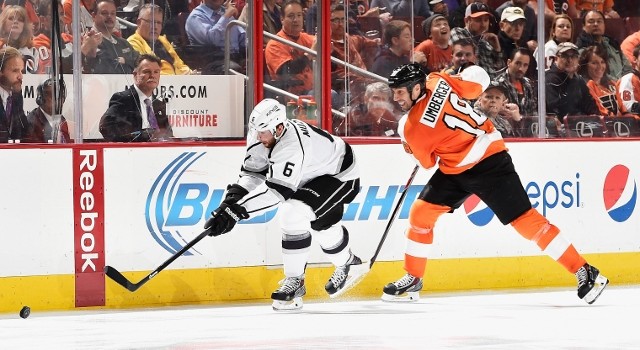 On the Jarret Stoll line:
We had three good lines tonight.

On how Quick “bailed out” the team:
He made some big saves early right around the net. They used the back of the net in the first period a lot against us, something that usually were really good at defending. It makes it tough for the goalie when you see the puck behind the net a lot because he’s not sure what way it’s coming out.

On the team’s efforts despite personnel challenges:
Well, we had a left winger out, a centerman out, a right winger out and a defenseman out. So that’s a quarter of our lineup.