Kings set to play with 19 players, per Lombardi 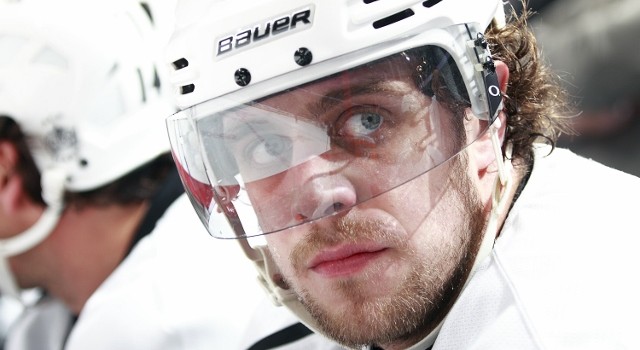 Because of injuries to Anze Kopitar, Trevor Lewis and Marian Gaborik, and because of Slava Voynov’s indefinite suspension, the Los Angeles Kings are prepared to play with only 17 skaters and two goaltenders tonight, making them eligible for an emergency call-up prior to Thursday’s game in Pittsburgh.

The emergency call-up provision is made possible by Article 50.10 (e) of the NHL’s Collective Bargaining Agreement, titled Roster Emergency Exception.

Via the NHL’s CBA:

Because Jordan Weal is a center who carries a $610,000 cap hit, he would be able to be recalled in advance of Thursday’s game under the Roster Emergency Exception. Nic Dowd, another center, would carry a cap hit of $750,000 and therefore be ineligible for a recall under the same provision.

The issue has come to a head because the NHL and NHLPA could not come to an agreement on how to treat escrow in the wake of the Kings’ situation.

“It all comes down to recall a guy and ‘spend more money,’ then that means with more money spent, arguably more money comes out of escrow, which the players have to give out,” Dean Lombardi told LA Kings Insider.

Said Lombardi: “The escrow is driving this and they can’t come to an agreement, so you know what? Too bad for you guys. Kings, you play shorthanded tonight. That’s your problem. Fine.”

Lombardi referenced that it takes someone with an “MBA from MIT to figure this out,” and that there are “two parties deciding the fate of our team that have no interest in the case.”

Of course, Slava Voynov’s limbo following an arrest on suspicion of domestic violence plays a central factor in the team’s personnel and salary cap inflexibility, and Lombardi referenced the climate surrounding athletes and domestic violence – given the high profile cases of Ray Rice, Adrian Peterson and Ray McDonald – in the NHL’s decision to suspend the defenseman indefinitely while keeping his salary on the books.

That said, Lombardi absorbed accountability for the internal aspect of Voynov’s situation.

“We have to take responsibility for putting ourselves in this position,” he said. “We have become a part of political football…for [not] educating our players properly.”

So the Kings appear set to soldier on with 19 available players, and with the club’s top minutes-eating center almost certainly unavailable, minutes will be absorbed by the 11 available forwards.

“You’ve just got to be ready to play. It doesn’t really affect us at all,” Jarret Stoll said. “Some guys will play more minutes than they’re used to at some point in the season or in their career or position, it doesn’t matter. We’ve dealt with a lot worse I think, a lot worse adversity and situations. This is just another little one, but we’ve just got be ready to play. Everybody, whether you keep your shift short or penalties, we don’t want to be taking penalties. We want to keep trying to play everybody because that’s going to be the easiest thing for us. Whatever the situation is, we just have to come through.”

“It’s tough timing, but you don’t know what’s going to happen especially in sports. We were dealt with this unfortunate situation, but we feel we have the right guys in the room and we have depth but sometimes guys get injured. That’s just the way it works. Like I said, we just have to deal with it, deal with it the right way and try to keep winning games however we win them. We’ve just got to try to keep winning.”