The view from Buffalo 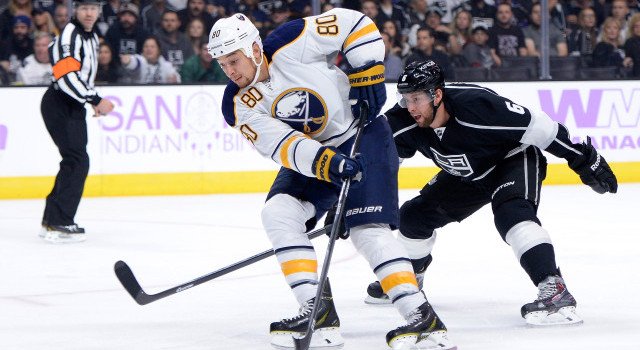 “Los Angeles put forth a methodical effort to drop the Buffalo Sabres, 2-0, in Staples Center. It was the third time being shut out in four games for the Sabres, who have just eight goals in eight outings.”

John Vogl: Video replay: Sabres get shut out by Kings, have just one chance left to earn win in California

“Buffalo is far and away the worst-scoring team in hockey, averaging just one goal per game as it’s stumbled to a 1-7 start.”

SB Nation – DIE BY THE BLADE

Aaron Boron: Sabres at Kings recap: Another game, another shutout

“Myers, as well as Stafford, would take out their frustrations later in the game with some fisticuffs, but those were the only highlights for the Sabres as Anze Kopitar and Jeff Carter scored the game’s only goals.”