THIRD PERIOD
20:00 – Looks like Martin Jones is going the distance tonight.
17:15 – Jackman on a breakaway. Jones denies his wristshot.
15:50 – Rakell to Cogliano on a two-on-one. Jones slides to his right to deny the quality attempt.
13:38 – Devante Smith-Pelly’s hit on Hampus Lindholm is tonight’s hit of the game.
10:45 – McNabb got caught up ice trying to intercept a pass, but Kevin Raine helped him out with a shot block on a late-developing two-on-one.
8:47 – KINGS GOAL. 3-2. Toffoli (unassisted), 11:13. Breakaway snipe.
8:10 – DUCKS GOAL. 3-3. Kesler (Maroon, Silfverberg) 11:50. Kesler celebrates. Good job by Martinez tying Maroon up, but he’s a big fella and slipped away. Kesler bangs in the centering pass.
6:55 – I’m stepping away to head downstairs. The blog is in your hands, Alex Kinkopf.
3:44 – Tonight’s game announced as a sellout
3:09 – Light scrum in front of Martin Jones’ net, involving Christopher Wagner, who has been pushy tonight
1:33 – Nick Shore nearly capitalizes on a friendly carom behind Gibson’s net.

Van der Gulik couldn't clear the zone when presented with an opportunity, and the puck ends up at Heatley's feet. Quick release; 2-0 ANA.

10:20 – Puck lifted in the air towards the Anaheim zone, where Toffoli found it with a full head of steam. Snaps off a quick wristshot, which Gibson turns away with his blocker (pad?).

Jordan Nolan got a haircut yesterday. Had been a year. He scores off a Martinez rebound. Kings trail 2-1.

Nice change of direction by Van der Gulik behind the net, leading to the chance. Wraparound was denied, but the puck popped out to Martinez.

6:50 – Really nice looking spin move by Ebvert to get the puck out of the zone. Probably should have used the glass, but it was a nice skilled move, nonetheless.
6:16 – KINGS GOAL. 2-2 King (Toffoli, Weal), 13:44. Nice cross-slot feed by Toffoli, snapped high by King past Gibson. Pretty slick one-timer.
0:00 – Period over. Some unpleasantries.

this has been a really fun Manchester Monarchs game you guys

That @tytoff16 pass made me realize how much I missed hockey.

Dwight King! He's the Sight King! Because, you see, he saw the puck, then shot it, uh, in the goal… It's preseason for twitter too.

Well. I think Toffoli and King just made the team.

FIRST PERIOD
20:00 – And we’re off.
19:27 – Quality redirection by Emerson Etem. The Grade-A opportunity (and the rebound) was denied by Jones.
17:35 – Good work in the offensive zone by the Sabourin – Horvat – Van der Gulik line
17:16 – Nice poke check by Jones to disrupt a chance down low by Anaheim
15:13 – DUCKS GOAL. 0-1. Emerson (Lindholm, Cogliano), 3:47 Nice job circling the net by Lindholm and finding Etem for the tap in. Good chances generated early by the Ducks.

That was a pretty goal by Emerson Etem but does anybody know where he's from?

10:52 – ANA PENALTY. Bryan Allen goes off for roughing.
9:30 – Nice job by Cogliano to knock down a puck that was 4-6 inches above the ice to disrupt a pass while killing a penalty.
8:52 – Power play over
7:48 – Gibson comes out to challenge Van der Gulik for a loose puck. He ends up sending it right into Van der Gulik, who knocks it down, dives, and tries to backhand it into an open net. It drifts wide.
6:11 – Glass issue to Jones’ left. After four minutes or so, it’s fixed.
5:40 – Clifford centering pass to Cracknell is deflected just wide, stickside, past Gibson.

Nice job by McNabb to dive and break up a late developing two-on-one. 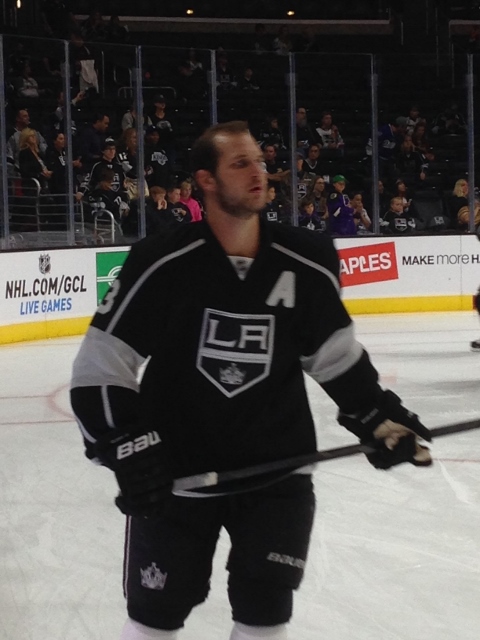 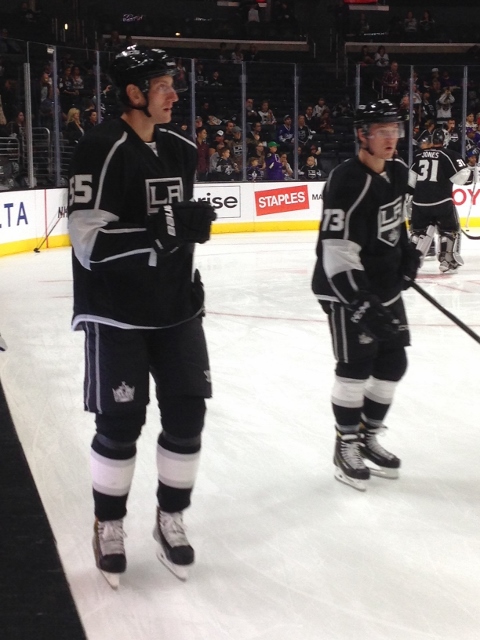 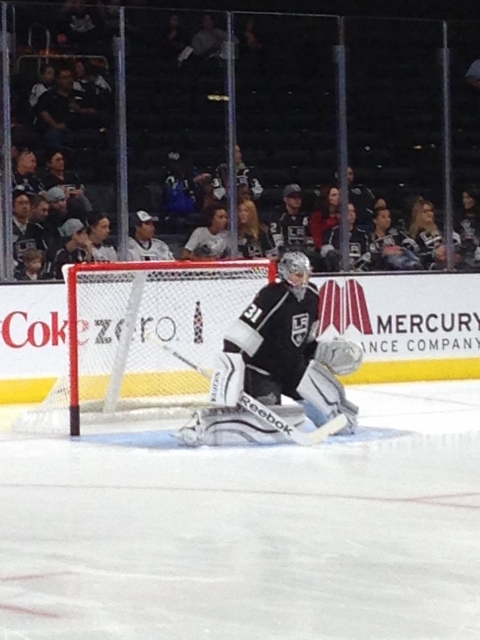