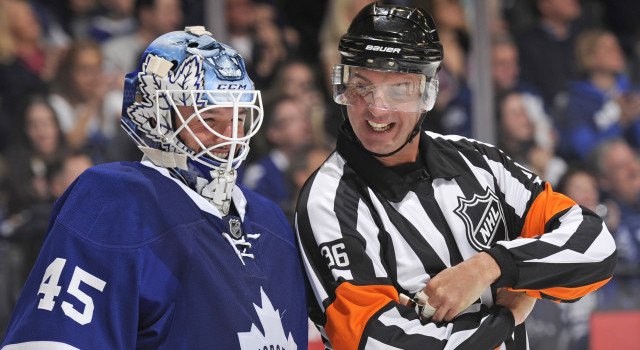 After receiving approval from the Board of Governors and the NHLPA, the NHL will be introducing several rule changes for the 2014-15 season.

Among the rules will be one to provide “broader discretion” to Hockey Operations to ensure the referees are accurately able to determine the legitimacy of “good hockey goals.” That’s a fancy way of saying that the NHL clearly needed to implement change at the first opportunity following the Red Wings’ game-tying goal against the Kings in Detroit last January, and that there will be greater leeway to ensure that ludicrously illegal goals are not counted.

Several other interesting notes:
-The trapezoid behind the net is getting wider
-In regards to pucks that may have been kicked in the net but are deemed good goals, “more demonstrable video evidence” of a distinct kicking motion will be needed to overturn a good goal
-No more cheating the officials by deliberately causing a faceoff infraction as a delay tactic immediately after an icing
-The entire ice surface will undergo a dry scrape prior to overtime
-Teams will switch sides at the outset of overtime, providing long changes (and, theoretically, more offense)

NHL.com has the full list of changes. Here are several changes and descriptions expanded past LAKI’s bullet list above:

Rule 1.8 – Rink – Goalkeeper’s Restricted Area
The trapezoid will be expanded by two feet from the goal post on both sides of the net.

Rule 38 – Video Goal Judge
Video review will be expanded in the following areas:

* Rule 38.4 (viii) has been modified to allow broader discretion to Hockey Operations to assist the referees in determining the legitimacy of all potential goals (e.g., to ensure they are “good hockey goals”). The revised Rule will allow Hockey Operations to correct a broader array of situations where video review clearly establishes that a “goal” or “no goal” call on the ice has been made in error. The new expanded rule will also allow Hockey Operations to provide guidance to referees on goal and potential goal plays where the referee has blown his whistle (or intended to blow his whistle) after having lost sight of the puck.

Rule 84 – Overtime
* Teams will switch ends prior to the start of overtime in the regular season.

* The entire ice surface will undergo a “dry scrape” prior to the start of overtime in the regular season.

* The procedure requiring the head coach to submit a list of the first three shooters in the shoot-out has been eliminated.

Rule 85 – Puck Out of Bounds
There have been further rule changes made relating to face-off location to avoid penalizing teams for plays intended to create bona fide scoring opportunities. Specifically, the following are “categories of plays” where face-offs will remain in the attacking zone despite the fact that the attacking team was technically responsible for the stoppage in play: Shots at the net by a player on the attacking team where: (i) the shot breaks the glass; (ii) the shot goes off the side of the net and deflects out of play; (iii) the shot goes off the dasher boards or glass and deflects out of play; (iv) the shot is tipped or deflected out of play by a teammate; and (v) the shot becomes wedged in or on the exterior of the goal net. 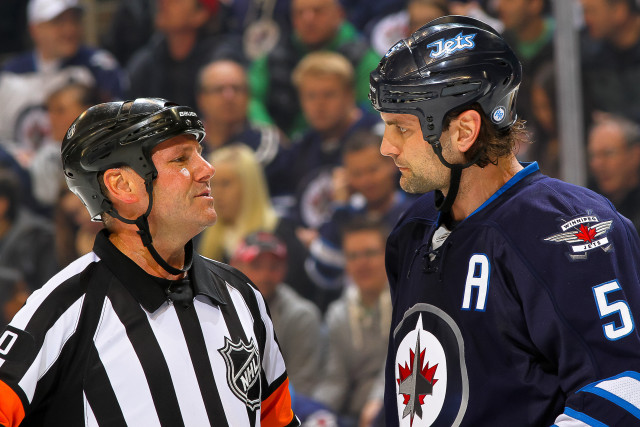