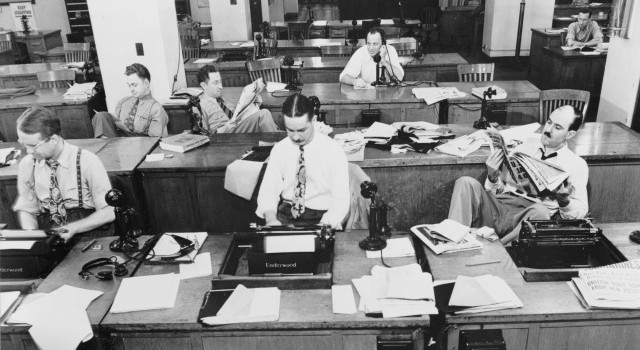 Before we return to regularly scheduled programming, here are several notes and links with news relevant to the start of NHL season and your Los Angeles Kings…

-The #NHLMediaTour is currently taking place in New York. Here’s the reigning Conn Smythe Trophy winner with NBC’s Kathryn Tappen, who stayed busy over the weekend by covering Saturday’s Notre Dame-Michigan game. And let us never discuss that game ever again.

-The Calgary Flames Hello, Neighbo(u)rs preview will go up today. Calgary does not follow Anaheim alphabetically, but Craig Morgan, who does an excellent job covering the Arizona Coyotes, has been on NFL duty. So Calgary goes before Arizona (though probably not in the eventual divisional standings). By the way, this is what Calgary looks like this morning. And this is what Glendale, Arizona looks like this morning.

-Stephane Quintal, who took part in the Stadium Series media day pick-up game at Dodger Stadium (first row, second from right), was named the new Senior Vice President of Player Safety. In a widely expected move, he replaces Brendan Shanahan, who moved on to become President of the Toronto Maple Leafs.

-How cool is this? New Carolina Hurricanes coach Bill Peters didn’t just hold an informal media session in advance of training camp, he broke out a rink board and educated media members on the expectations of his team and the systems he plans on installing. Via Chip Alexander of the Raleigh News-Observer:

Peters spoke in rapid-fire fashion as video clips of Canes’ games from last season were shown in the locker room at PNC Arena.

“A structured forecheck leads to offensive opportunity,” Peters said, pointing at the screen as Eric Staal’s forecheck against the New York Rangers ended with winger Elias Lindholm banging in the rebound of a Jeff Skinner shot.

Peters coached under Mike Babcock in Detroit for the last three seasons. Both Peters and Babcock coached the Spokane Chiefs prior to their NHL careers, with Peters winning the 2008 Memorial Cup with a roster that included Jared Cowen, Tyler Spurgeon, Tyler Johnson and Dustin Tokarski.

–Rick Westhead of TSN.ca estimates that a new team in Toronto “would likely command a record expansion fee worth as much as $1.2 billion,” so get your checkbooks out.

-You’ve probably heard about Ryan Johansen’s stalled contract discussions. Well, negotiations between Minnesota and former Ontario Reign goalie Darcy Kuemper aren’t going too well, either. Is it a good sign when Bob McKenzie references “KHL options” in such a context? No, probably not.

-Gizmodo has a behind-the-scenes look at Levi’s Stadium, where the Kings and Sharks will play on February 21.

The major buzzphrase of the day was: “fan experience.” Everyone talked about enhancing the fan experience. In broad terms, this meant acknowledging that modern folks who go to see sports live and in the flesh will still keep themselves busy checking in with what’s happening on their phone. They want quick internet access, and Levi’s Stadium has it— 40GB-per-second quick. Over 600 access points are situated under select seats around the bowl—that’s about one per hundred people—connected by over 400 miles of cabling (70 miles for WiFi alone).

If you download the stadium’s mobile app, you’ll be able to order food directly to your seat. So cool! Of course you’re going back in time if you’re actually setting foot on the playing surface, but who cares? The NHL doesn’t require grass! Hopefully the inevitable kinks and growing pains will be worked out by February.