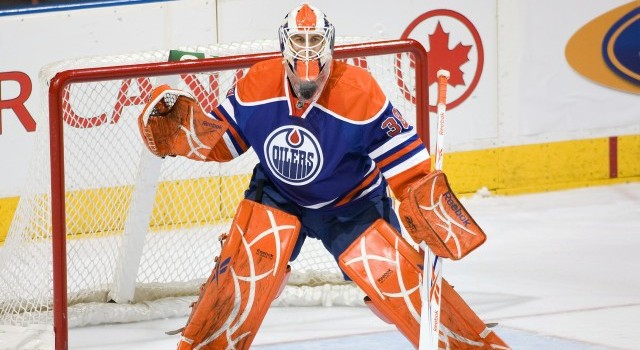 Good afternoon from Toyota Sports Center, where preparations for the new season are underway:

…might have missed a guy or two. George Parros, Eric Nystrom also amongst the non-Kings.

Toyota Sports Center has been undergoing a thorough renovation in areas used by players, coaches and hockey operations. As the renovations are not yet complete, some of this year’s training camp will be moved to Staples Center.

One player who will attend training camp on a tryout basis will be former Oilers and Ducks goalie Jeff Deslauriers. Deslauriers, a veteran of 62 NHL games, was 20-15-3 with a 2.58 goals-against average and .895 save percentage over 40 games with the Wilkes-Barre/Scranton Penguins in 2013-14. The 6-foot-4, 203-pound right-catching goalie most recently played in the NHL with Anaheim in the 2011-12 season and was originally a second round pick by Edmonton in 2002.

If Deslauriers’ name sounds particularly familiar, it’s because you may remember his performance on February 11, 2010 at Staples Center in which he followed up a 41-save effort through 65 minutes by stopping seven of 10 shooters in a 3-2 Edmonton shootout win. He also tangled with John Gibson last year: