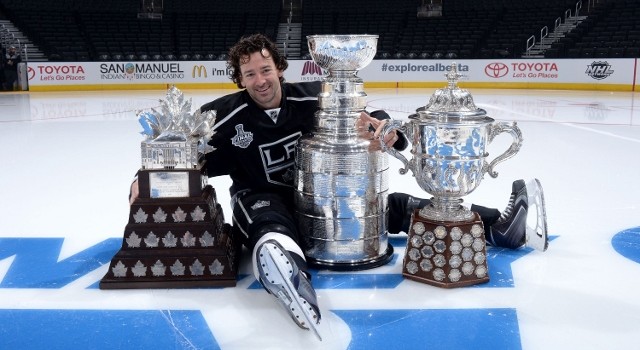 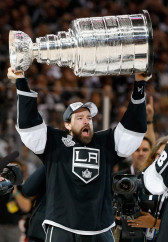 The good: Did any other player do more to accentuate their legacy this postseason than Justin Williams? Competitive, consistent and clutch, one of the league’s premier possession-driving forwards captured the Conn Smythe Trophy through his reliably stunning Game 7 performances, in which he has posted 14 points and a perfect 7-0 record. He’ll get his name on the Stanley Cup for the third time in his career, and with a nine-goal, 25-point postseason that included 11 points during the club’s seven successful elimination games, he rose to the circumstances as well as any player in hockey this season. An on-ice articulation of the team’s intensity, focus and resolve to win, Williams’ greatest tangible strength is his ability to drive and maintain possession in the attacking end of the ice. 60.6% of all shot attempts were directed towards the opposing net while he was on the ice in five-on-five situations, placing him amongst the top five players league-wide in Corsi for the third consecutive year. Adept at winning boards battles and digging free loose pucks, Williams sees the ice exceptionally well in the offensive zone and is an asset both on the perimeter and in areas around the front of the net. Unafraid to shoot the puck, his 239 shots on goal ranked second behind Jeff Carter’s 256. Though he saw much of his time to the right of Anze Kopitar during the regular season, he was very good when aligned with Dwight King and Jarret Stoll as the playoffs evolved. After dealing with injuries in earlier stages of his career, Williams has been a model of health and consistency for Los Angeles and is the only player to have played in all 276 of the team’s regular season and playoff games since the start of the 2011-12 season. He’ll enter the 2014-15 season with a team-leading 212-game consecutive regular season games played streak. “He loves this time, but he loves the pressure situations, and he seems to just embrace it,” Mike Richards said in April. “He’s just excited for every game, and he’s vocal. He’s just a competitor. He’s not the biggest guy. He’s – I don’t want to say skinny – but he’s a smaller guy. Man, does he ever battle out there. It doesn’t matter how big he is, or how big the other person is. For a guy as competitive as he is, he usually comes up with the puck and is a really big emotional leader for our team…leading us with how hard he works and how competitive he is on the puck. His personality, I think, just pulls everybody into the fight.”

The bad: Not much. Like any forward, Williams’ production over 82 games fluctuated, and when the team struggled in January, Williams struggled too. It’s hardly a footnote to the season, but he totaled one goal and four points over a 21-game stretch between December 28 and February 6 in which the Kings were 6-13-2. With Willie Mitchell’s departure, the forward who turns 33 in October becomes the second oldest player on the Kings, who don’t currently have any 1970’s-born players on the roster. 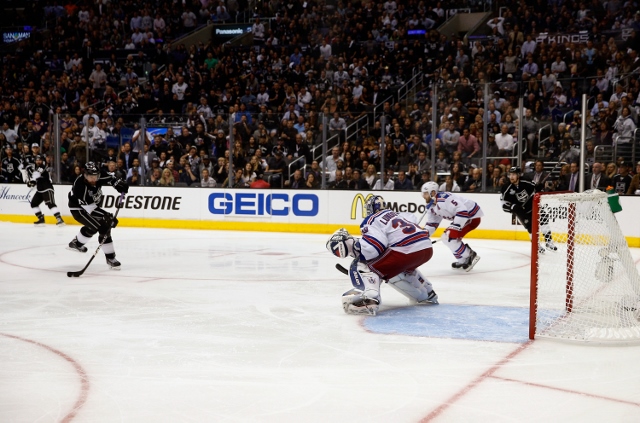 Going forward: For a general manager such as Dean Lombardi who has shown loyalty to the players he has won with, it’s natural to think that a contract extension is coming in 2014-15 for Williams, a player who was acquired in 2009 at the cost of Patrick O’Sullivan and a second round draft pick and has evolved into a player who is deserving of whatever the future’s equivalency of a Legends Night will be. There may have to be a lot of Legends Nights. But Williams, who has 115 playoff games and three Stanley Cups-worth of playoff experience, is an experienced, veteran figure on a team that boasts an impressive leadership core and like many of his teammates has proven he is consistently capable of playing his best hockey when the most is at stake. The issue is that he becomes a free agent in the summer of 2015, when Jarret Stoll, Jake Muzzin and Robyn Regehr will be unrestricted, and Kyle Clifford, Tanner Pearson, Tyler Toffoli, Jordan Nolan and Martin Jones will need new contracts as restricted free agents. Lombardi and Jeff Solomon will have an interesting financial ballet that they’ll need to choreograph, though Williams, by virtue of all of his tangible and intangible characteristics, should be seen as a high priority. 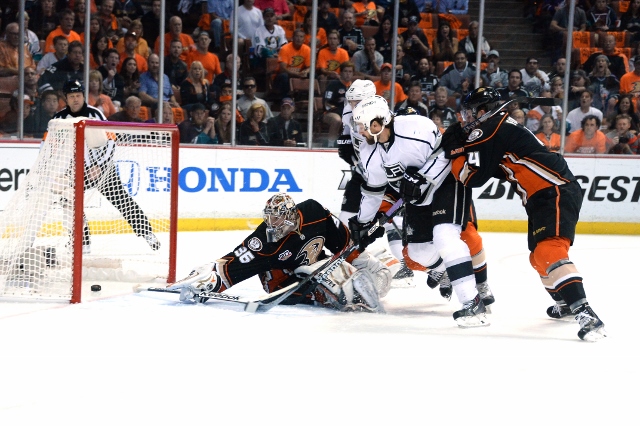 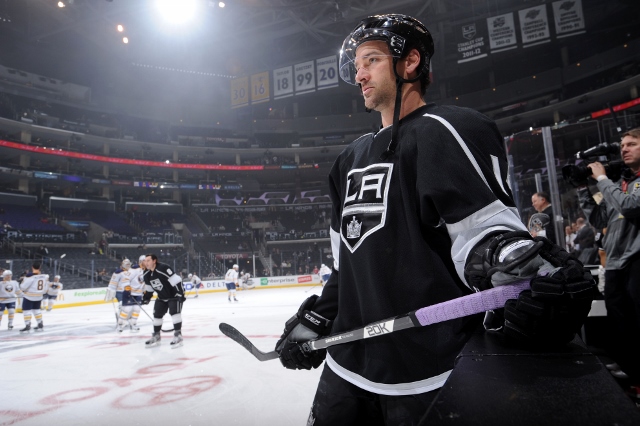