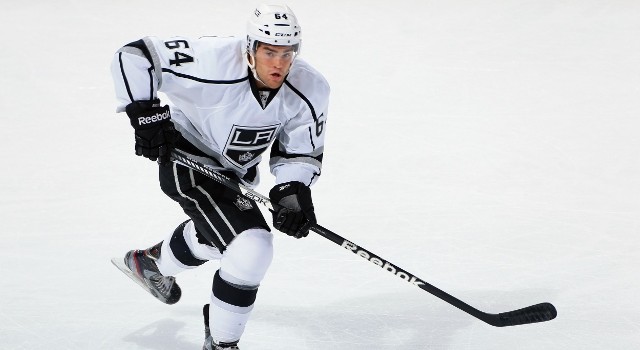 The Los Angeles Kings have signed defenseman Brayden McNabb to a two-year contract and forward Andy Andreoff to a one-year contract. Both players were restricted free agents. Exact financials are not available at this time, though I have learned Andreoff’s contract is a two-way contract, and that McNabb’s average annual value is in the $600,000 range.

Acquired the same morning the Kings traded for Marian Gaborik, McNabb became Los Angeles’ property along with a pair of second round draft picks at the trade deadline in exchange for forward prospects Nic Deslauriers and Hudson Fasching. McNabb never got into any games with the Kings, though he was considered on defense, took warm-ups prior to several playoff games and would have been the next player to draw into the lineup had the team experienced an additional injury while Robyn Regehr and Willie Mitchell were out. Six-foot-four and 208 pounds, McNabb is a multifaceted defender with a heavy shot from the point and is capable of playing with a nasty streak. Selected in the third round in 2009, he captained the Kootenay Ice to a WHL championship and a Memorial Cup berth in 2011 and has totaled one goal, eight points, 21 penalty minutes and an even rating in 37 NHL games with Buffalo. The two-time AHL all-star would have to clear waivers to return to the minor leagues, so consider him a safe bet to make the team as a depth defenseman assuming there are no surprises working against him in training camp.

The 6-foot-1, 217-pound Andreoff has a pugnacious compete level and appears to be among the next crop of NHL-ready prospects refined by the club’s player development. The versatile forward is listed as a left wing but has history at center and will battle for available minutes at training camp with a handful of skaters who have already played in the NHL in Adam Cracknell, Jordan Nolan, Kyle Clifford and David Van der Gulik, amongst others. But it does appear as though the sense around the organization is that Andreoff, who has a ceiling as a third line energy forward with the right progress, is about ready for the next step. In 76 games with Manchester, Andreoff totaled 11 goals, 35 points and a team-high 133 penalty minutes.

Los Angeles’ remaining restricted free agents include Dwight King and J.F. Berube. King’s arbitration date was set for August 1 – the latest possible arbitration date – though he can negotiate a contract before then. Barring injuries to the goaltenders, Berube isn’t expected to see action with the big club in 2014-15. For more details on Los Angeles’ financials, Cap Geek is an excellent resource. 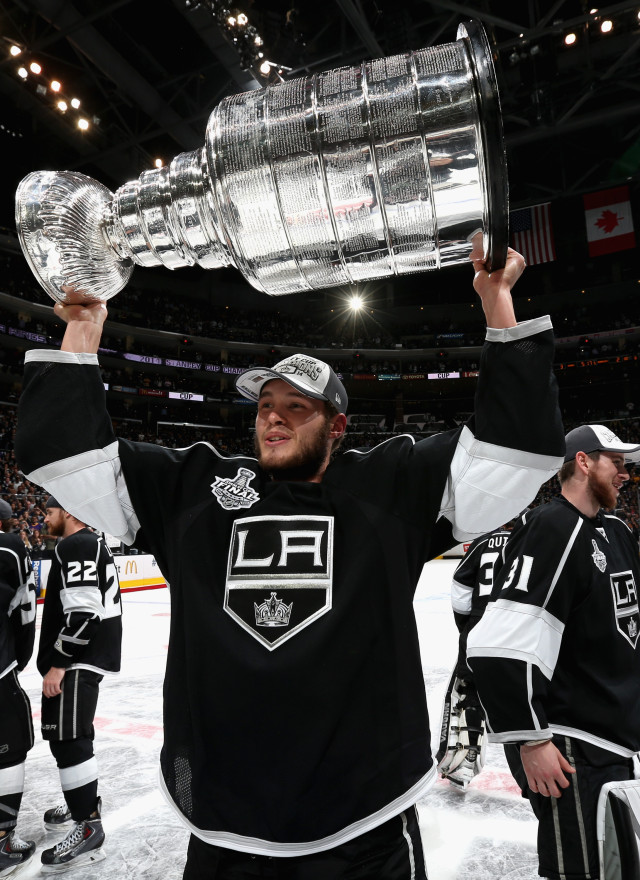