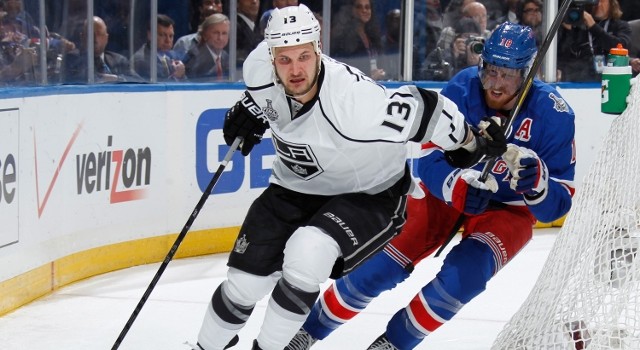 LA Kings Insider has learned that forward Kyle Clifford, who totaled eight points (3-5=8) in 71 regular season games and seven points (1-6=7) in 24 playoff games, has undergone successful surgery to correct a small fracture of a bone in one of his wrists.

Surgery was “recommended and was successful,” and took place on the same date as Jonathan Quick’s surgery, according to a source with knowledge on the subject. Per Yahoo!’s Puck Daddy blog, Quick’s surgery took place on June 24. Whereas Quick’s recovery period from wrist ligament surgery has been estimated at 10-to-12 weeks, Clifford’s recovery time has been set at approximately six-to-eight weeks.

At this point, it is unclear when exactly the injury occurred.