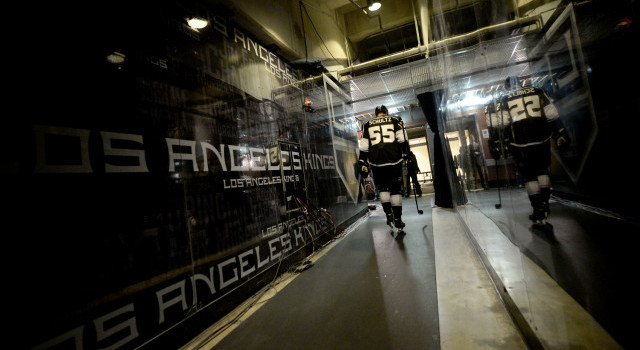 The Los Angeles Kings added to their defensive depth and created competition by signing defenseman Jeff Schultz to a two-year contract extension on Tuesday. The deal carries an $850,000 average annual value. Schultz earned $700,000 in 2013-14.

I wrote about Schultz this morning in a post that noted that there was a “chance” that the Kings would re-sign the experienced blue liner. To add on to what was written before, the 6-foot-6 positionally sound defender was fine when used in five-on-five situations, and his play didn’t have any profound effect on pushing the play in either direction. He experienced a 54.2% Corsi-for percentage in 5-on-5 play during his seven games, which was right in line with the team’s Corsi-for percentage of 54.0%. Still, Schultz’s value isn’t found in advanced stats, which were mostly in the red in his final two seasons in Washington (and did not have enough of a sample size to draw much from in his seven postseason games with Los Angeles).

Barring any surprises, the hull of the Kings’ defense appears to be set for 2013-14, with Jake Muzzin, Drew Doughty, Robyn Regehr, Slava Voynov, Alec Martinez, Matt Greene, Brayden McNabb and Jeff Schultz occupying eight spots – though McNabb at this moment is a restricted free agent (who received a qualifying offer today). Whether the Kings plan on using eight roster spots on defensemen remains to be seen, though keep in mind both McNabb and Schultz would have to clear waivers if they were to be assigned to the AHL. McNabb almost certainly would not pass through waivers, while Schultz passed through multiple times last year and posted a 13-point (2-11=13), 67-game season with AHL-Manchester. In all likeliness, Schultz’s role and usage could be awfully similar to that of this past season, and considering he was someone who patiently waited until the second round of the playoffs for an opportunity and subsequently averaged nearly 19 tough minutes per game when it came, that’s not a bad deal for both the team and the defenseman who creates competition and serves as a valuable insurance commodity.

With the signing, the Kings have 21 players under contract for 2014-15 and 2.81 million dollars of cap space at the moment, according to CapGeek.com. Dwight King, Andy Andreoff and McNabb are restricted free agents – and all three are capable of being a part of the club’s opening day roster – while J.F. Berube is a restricted free agent highly unlikely to earn a roster spot. By the start of the season, the Kings will need to have 23 players on the active roster whose combined contracts do not exceed 69 million dollars.

The Calgary native has played in 399 career NHL regular season games (all with Washington), recording 75 points (11-64=75) and 133 penalty minutes. He was originally selected by Washington in the first round of the 2004 NHL Draft. 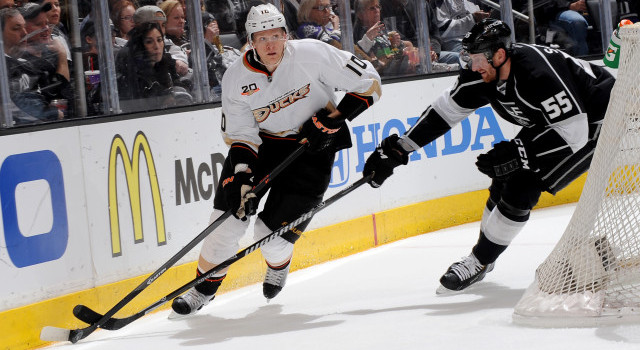