NHL Awards about to kick off - LA Kings Insider

NHL Awards about to kick off

Good afternoon from the media workroom tucked away deep in the underbelly of the Encore at Wynn Las Vegas!

You’re already well aware of this, but the NBCSN-televised NHL Awards begin at 4:00 p.m. today, with the NHL Network’s coverage of the Red Carpet arrivals beginning at 2:00 p.m. Several Kings are not only up for awards but will also be a part of the ceremony, as Luc Robitaille, Dean Lombardi, Dustin Brown and Anze Kopitar will be honored for their Stanley Cup victory late in this evening’s proceedings.

A reminder: Kopitar is up for the Selke Trophy, Brown is up for the Messier Leadership Award, and Lombardi is up for the General Manager of the Year. The Hart Trophy, which will be the final trophy presentation of the evening, will be awarded to Sidney Crosby, Ryan Getzlaf or Claude Giroux.

The scheduled order of award presentations is as follows, and is subject to change: 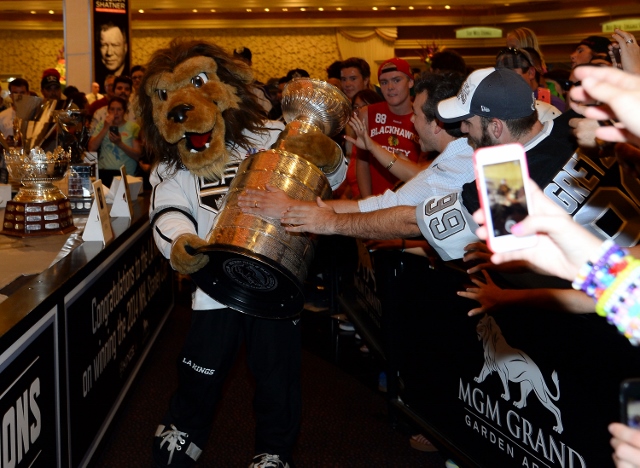