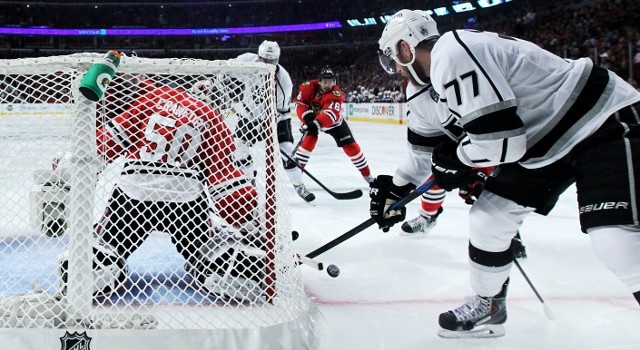 On whether the power play made adjustments in the third period:
Our power play was really good last game, too. It’s been really good the whole playoffs. We just wanted to get more at the net tonight, and we were able to do that.

On the message going into the third period:
Well, at some point they’re going to lose a game at home. They’re not going to win every [one]. The only difference tonight and last game – we probably played better in Game 1. The difference tonight was not goals for, it was goals against. You give up three against them, you’re in trouble.

On Jeff Carter generating production with the rookies in the third period:
Yeah, he scored a big power play goal right away, and then the line scored two goals and an empty-netter.