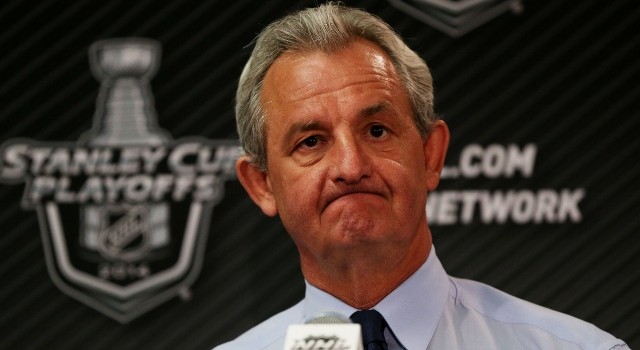 On fatigue:
Yeah, only time I really noticed it quite honest was early in the game. They were going to come out with some energy, they did two or three times in the first where we got caught at the end of shifts. That’s where it showed up. Other than that, I don’t think it really hurt us that much.

On the review of the disallowed goal:
They reviewed it because if the first shot doesn’t go in the net, then it can’t be pushed in. That’s why they were reviewing it, so…Don’t get much opportunity to look at it.

On Willie Mitchell’s performance in his return:
He was fine.

On the performances of Tyler Toffoli and Tanner Pearson:
Thought the line was good. Jeff, Tanner, Tyler. Obviously, they scored a big goal. Tyler’s play, he was a good player for us last year against Chicago, too. I’m sure there wasn’t any intimidation coming into this building. Played with Dustin Penner, good line here last year.