Some optimism, if not a clear appraisal of Mitchell’s status 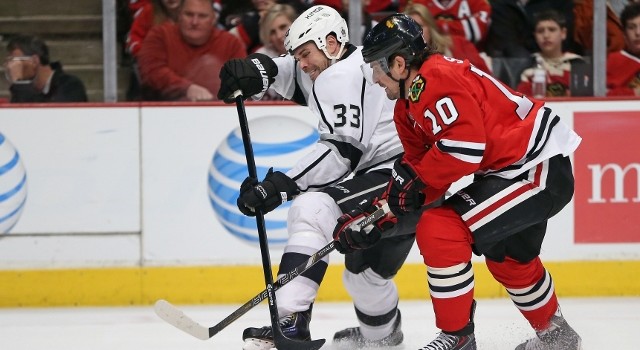 Willie Mitchell, who appeared to suffer an injury during an awkward fall while killing a five-on-three power play in Game 6 of the San Jose series, first returned to the ice on Tuesday. Though he skated by himself prior to an optional Kings practice that morning, he took the ice with a limited group at Thursday’s practice and rejoined the full team during yesterday’s morning skate. Mitchell, who has missed the last eight games, did not participate in Game 7 last night. During line rushes at this morning’s practice, he took shifts alongside Andrew Bodnarchuk, an indication that he is likely progressing in his attempt to return from his injury, though he should not be expected to immediately step in at the outset of the series.

Before the team left for Chicago, Darryl Sutter gave an update on Mitchell that included the nature of his injury.

“I think we could see him during this series, but you have a muscle injury that was related to a knee injury,” Sutter said. “It can’t be one of those deals where you’ve got a guy for five minutes. You need to know that you’ve got him for the whole game. So until the trainers and doctors and player tell me that, it’s pretty much what you do.”