Doughty: “I think all of our guys are ready to reset” 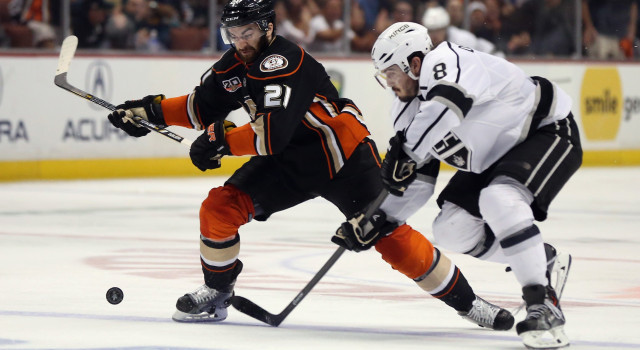 Drew Doughty, on any difference between this year’s and last year’s conference final:
I think we’ve got a better team this year than last year. We’ve got some new additions. We’ve got some D-men like Muzz, who is playing a lot better than he was last year. He’s a lot more confident and has that experience now. We’ve got Gabby in the trade and Gabby’s been a huge fit to this team. He’s produced a lot of points and helped us a lot offensively and putting him with Kopi is great too. I think some of those little things make us a better team this year. Hopefully we can take advantage of what we learned from last year.

Doughty, on the possibility of Willie Mitchell returning:
I’m sure that he’ll be good to go at some point this series. I don’t know when, but it’ll be good to get him back. He’s a great defenseman, an experienced guy in this league. We’ll need him against that power play. They’ve got a good power play and they have good forwards. It’ll be tough to stop them.

Doughty, on coming from behind in a playoff series:
You can’t ever predict how your playoff season is going to go. It doesn’t matter how it happens to us, as long as we’re winning. But against a team like this, if we go down 2, 3-0 it’s going to be really hard to come back from it. They’re ex-Stanley Cup champs for a reason. They have a great team. They have very good players on that team that are coached well. We definitely can’t put ourselves in a hole against this team.

Doughty, on how difficult it is to reset after two seven-game series:
You don’t have a choice. You just have to do whatever it takes to just get back, reset, start focusing on a brand new team, forget about the win last night already and you really have no time to celebrate or anything like that. You just have to do it. That’s the bottom line. If you don’t do it, you’re going to lose the series. I think all of our guys are ready to reset. We have a few days in between games throughout the series, so we should be fine.