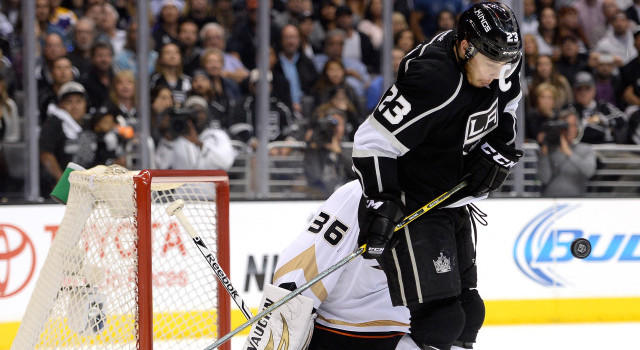 On playing well in elimination games:
It’s a double-edged sword. It’s great that we have that ability to dig our own grave and climb out of it, but we’ve got one game to take care of here and that’s our focus. From then on, we need to try to not put ourselves behind the eight-ball.

On Ryan Getzlaf:
There is a reason why he’s nominated for the Hart Trophy this year. He’s a hard player to defend because of size and skill. There are not many guys that have that big of size and that much skill. You add Perry into the mix and how they have that chemistry. At the end of the day – this time of year – it’s making it hard on those guys, as hard as possible. I think we’ve done a better job on those two guys the last few games. But when good players have time and space, good player are going to make plays on you and he made great plays tonight. It’s just we had secondary help.

On the crowd playing a factor in Game 7:
Everyone has been in these situations before. Quite honestly, San Jose is probably one of the loudest buildings in the whole league and we’ve battled them in the playoffs. Where it can have an effect is in your communication. I’m not sure if that’s going to be the same case in Anaheim. At the same time, the local of it, we’ll have some fans in there too probably which is nice. You don’t notice it as a player.