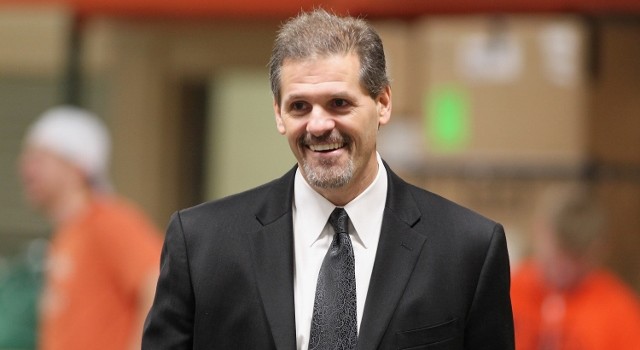 I’ll have more content this week on Mike Futa, but I wanted to pass along several bits on Mark Morris, who did not have his contract renewed after serving as Manchester’s head coach for eight seasons, and former assistant general manager Ron Hextall, who left the Kings organization last summer and was promoted to become Philadelphia’s general manager last week.

Regarding Morris, it appears as though the end of his tenure with Los Angeles is based primarily on his National Hockey League coaching aspirations.

“His number one interest now, after eight years, is the next challenge. I think it’s important that he go and pursue that right now,” Dean Lombardi said. There are five or six teams out there, and that’s what he wants to do. We’re fine with that.”

“I think he’s going to get a number of opportunities, and he’s ready for the next step.”

There’s also the factor that several west coast-based NHL clubs may be on the verge of moving their AHL affiliates west. Though reports have surfaced that such plans are in development, no decisions have been made on any geographic redistribution. The unclear possibility of such realignment could have an impact on Los Angeles’ choice for its American Hockey League coach.

Reached on Sunday, Morris, who called the end of his tenure with Manchester “bittersweet,” said that “ultimately it’d be nice to get an NHL job.”

“My eight years were outstanding, and Manchester was a pretty special place,” he said.

“We’re fortunate to see those kids come along and turn into Stanley Cup winners. It makes me very proud to know we were a part of this.”

Morris, a strength and conditioning coach and special assignments coach with the Vancouver Canucks in 2003, has also been linked to previous coaching openings in Colorado and Buffalo.

“I didn’t know it was going to happen that quick, but I certainly knew it was in the cards,” he said.

Paul Holmgren, who became Philadelphia’s general manager early in the 2006-07 season, was named as club president last Wednesday. The move opened up the position for Hextall, who many had articulated was being groomed for such a position during his time in Los Angeles and in his return to where he served in goal for 489 games over 11 seasons of his 13-year, 608 game career.

“What you like about Hexy is he learned it from the grassroots up.”

“This is a guy who had no problem getting in his truck and driving four hours to go to a minor league game or a junior game. So, he clearly paid his dues, and then he came out here, learned closer to the management style. So you couldn’t have a guy who was better ready. He’s kind of the Jimmy Nill route, the former players who then learn the business as much as they can before they get in that seat, because the reality is nobody understands what it’s like to be in that seat before they’re in it. It’s totally different from the outside perspective. But, that said, there’s a method to training yourself to be ready for everything. He and Jimmy Nill are the greatest examples of the old fashioned way. You put your nose to the grindstone, and eventually those opportunities will come.” 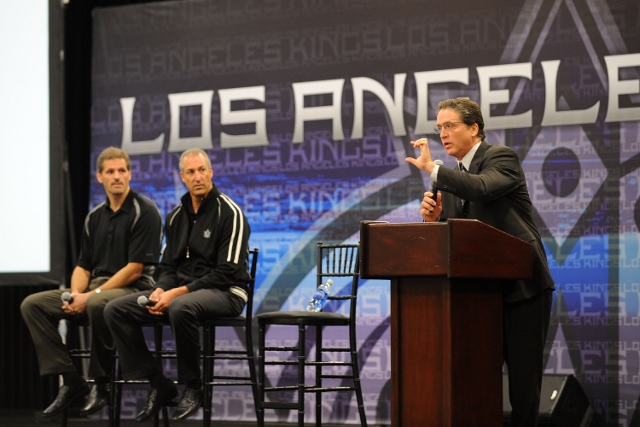