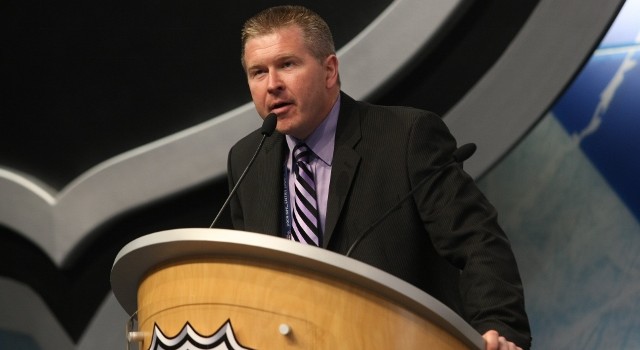 The Kings have promoted Michael Futa to Vice President of Hockey Operations and Director of Player Personnel. Futa, in his seventh full season with Los Angeles, had previously served as a co-Director of Amateur Scouting with Mark Yannetti.

We were tipped off on this news by TSN Hockey Insider Bob McKenzie earlier today.

Scratch LA’s Mike Futa as a candidate for any vacant NHL GM jobs, including VAN. Futa has a new deal/promotion to remain with the Kings.

This is very good news for the Kings and for Futa, who has earned a new title and a promotion after having drawn interest from other clubs around the league.

The Buffalo Sabres had previously inquired with Los Angeles about Futa when considering general managers in December, and Ken Campbell of The Hockey News reported one week ago that the Vancouver Canucks had asked permission to speak with Futa for their vacant general manager position.

Futa’s last general managerial experience came with the OHL’s Owen Sound Attack. He was named the OHL’s Executive of the Year in 2005 and guided the major junior club to the playoffs in each of his five years at the helm.

While Lombardi and the team’s entire hockey operations staff deserve credit for their work in incorporating drafted and homegrown players onto the team’s roster – consider that Kyle Clifford, Alec Martinez, Slava Voynov, Dwight King and Tyler Toffoli were selected by the Kings outside of the first round, as was Wayne Simmonds, who finished third on the Flyers in scoring this season – the work by Futa and Yannetti in re-forming the team’s Amateur Scouting department has been an important development in the team’s ability to maintain a deep prospect pool and has helped to set the stage for players who have passed through the team’s developmental system to fill roles on the club’s roster.

Surely Tanner Pearson, an OHL-based player who had been passed over in two NHL drafts before he was selected with the final pick of the first round in 2012 and who has posted five points in eight playoff games, is a representation of Amateur Scouting’s ability to find value and foresee future success when more marquee names are not available. That Jake Muzzin was identified as a player who could benefit the team’s blue line and was signed as a free agent after Pittsburgh declined to offer him a contract is another indication of Futa and the scouting staff’s ability to target players capable of developing into sturdy NHL Players.

I’ll have more on this in the future; until then, here’s the team’s official press release. 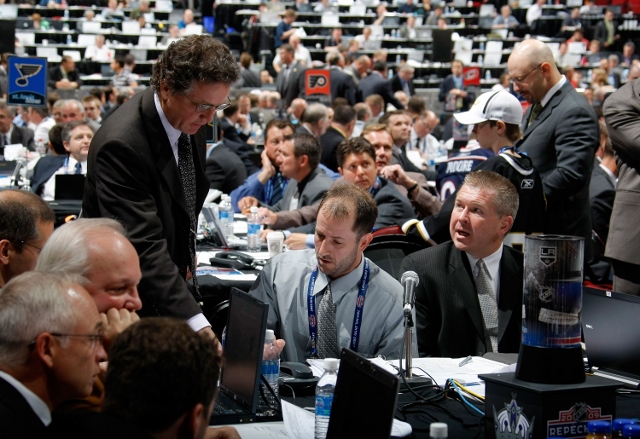