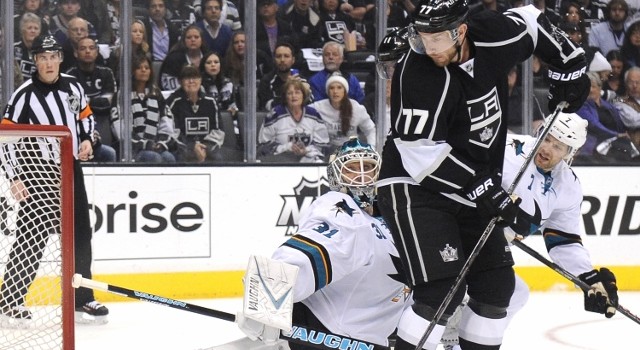 Willie Mitchell did not take the ice at the Kings’ practice on Friday, which shouldn’t come as a surprise after Darryl Sutter said prior to Game 7 that “Hopefully there’s a chance that if there’s some sort of miracle that we can win tonight, that we could get him back again this year,” a declaration that didn’t exactly give a day-to-day-type prognosis of the ailment. Mitchell appeared to fall awkwardly while killing a 5-on-3 San Jose power play in Game 6.