-Expect the Kings to utilize the same lineup that posted a 3-0 shutout in Game 5. Lines and pairings from today’s morning skate:

-No goaltender has left the ice yet. Don’t expect any surprises.

The start time for Game 6:

It’s not the Kings’ lineup that will draw the steadiest gaze this morning. There are questions surrounding who San Jose will dress, given that Marc-Edouard Vlasic suffered an upper-body injury in Game 5 and Antti Niemi has been pulled in consecutive games. Defenseman Matt Irwin and goaltender Alex Stalock are potential lineup additions. 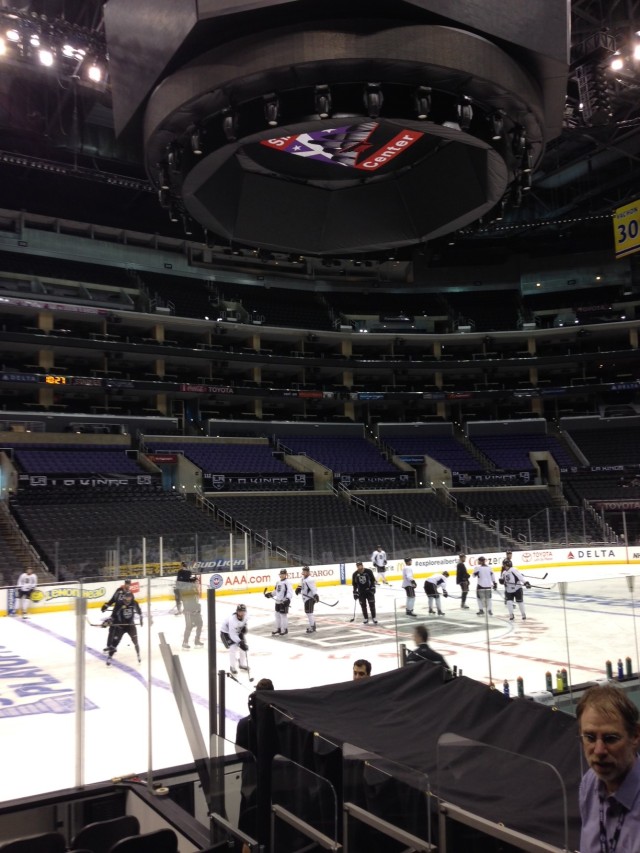