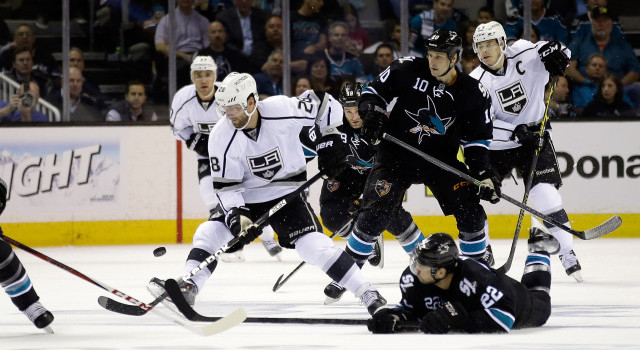 On whether momentum can transfer from the third period into Game 2:
Yeah. That’s why they call it a series, Jon.

On what led to the turnovers:
It’s a combination. First off, coming into a building like this, you have to be prepared to face a little bit of an onslaught in the first part of the game, and obviously I didn’t do a good enough job of getting our players prepared for that.

On “a good game” for Jonathan Quick despite the goals against:
You’re the one who said it, not me. Was it a question? [Reoprter: How did you think he played?] I think I could’ve made the decision earlier.