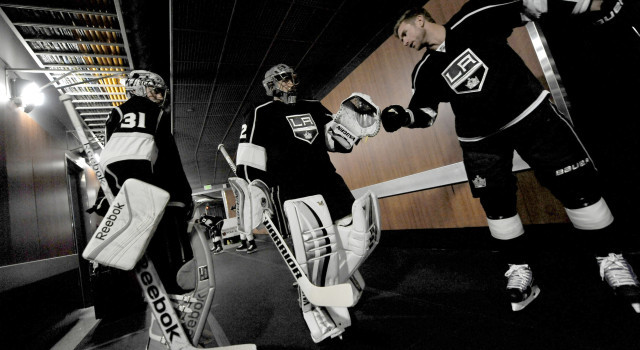 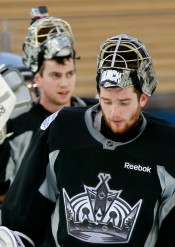 Courtesy of Mark Zidlicky’s goal at 7:12 of the first period in today’s Boston-New Jersey regular season finale, the Los Angeles Kings have secured the William M. Jennings Trophy, awarded to any goaltender who plays a minimum of 25 games on the team that allows the fewest goals in the National Hockey League. Jonathan Quick will be presented the trophy.

The Bruins and Kings entered the day tied with 174 goals allowed, including shootout game-winners. Zidlicky’s goal was the 175th goal scored on Boston this season, while Los Angeles’ regular season had concluded following Saturday night’s shootout loss to the Anaheim Ducks.

While the team is more concerned with other trophies that can be earned through postseason play, it will certainly take pride in winning the Jennings, an trophy that is reflective of team values and execution.

This is the first time in franchise history that the Kings have won the Jennings Trophy, and the fourth time that it was claimed by a Darryl Sutter-coached team. Sutter coached Ed Belfour when he won the trophy as a Blackhawk in 1993 and 1995 and coached the Flames when Miikka Kiprusoff was presented with the trophy in 2006.

“I pay a little bit of attention to it because it’s a team award,” Sutter said last week.

“I think that’s pretty interesting considering…probably at the quarter-pole, I don’t know if we’d be in the top-10. So we’ve come along pretty good. Give credit to everybody.”

The Kings set a franchise record with 13 shutouts in 2013-14. Six shutouts were recorded by Jonathan Quick, four by Martin Jones, and three by Ben Scrivens, who is now a member of the Edmonton Oilers. While the team was in Edmonton earlier in the week, Scrivens spoke about the success Los Angeles has in keeping the puck out of its own net.

“They obviously play extremely well in their own zone,” Scrivens said. “The biggest thing that they do is they hang onto the puck. They don’t turn pucks over. I guess it’s maybe easier for a goalie when the puck’s 200 feet from your net all the time. That being said, Jonesy and Quicker did a fantastic job this year. Obviously they make the saves that they have to at the right times, and they give confidence to the team. So congrats to those guys, and I’m really happy for them.”

The Kings also set a franchise record by allowing 168 goals on the season, excluding shootout goals. The previous mark, set in 2011-12, was 170 goals allowed.

While this is comprehensively a team award, Los Angeles’ goaltending has been stellar in 2013-14. That the Kings were able to claim the award despite Quick missing 24 games with a groin strain is a representation of the team’s puck possession efforts, physical and defensive tendencies, and the strong goaltending depth that has become a recent hallmark of the organization’s strength. 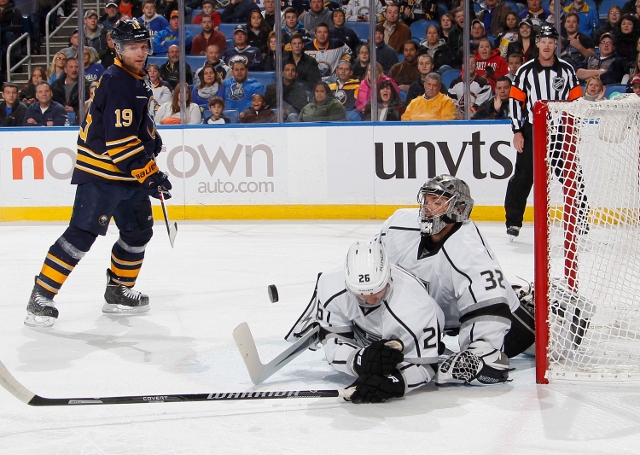