Kings weigh in on Smyth’s retirement

Word broke while the Kings were in Edmonton that Ryan Smyth will retire at the conclusion of the 2013-14 NHL season. His game tonight against the Vancouver Canucks will be the final game of his National Hockey League career.

Smyth totaled 45 goals and 100 points in 149 regular season games with Los Angeles and still retains close ties with players, coaches and staff members of the team. Though his bond with Kings fans is not as strong after having requested a trade in the 2011 off-season and divulging that the Kings subsequently winning the Stanley Cup was “tough to swallow,” before revealing that “the most important thing” he took from the trade was that his “family’s safe,” he was still a part of the development of the team’s identity and late-2000’s resurgence, and helped Los Angeles qualify for the playoffs in both of his years in Southern California. He thanked Philip Anschutz, Dean Lombardi, Terry Murray. Anze Kopitar, Jarret Stoll, Darren Granger and Chris Kingsley in his press conference yesterday.

Entering tonight, Smyth has totaled 386 goals and 842 points in 1,269 NHL games. With 126 power play goals, he is tied with Glenn Anderson for the most power play goals as an Edmonton Oiler.

Darryl Sutter, on Ryan Smyth’s family:
It’s a little different for us. [His] brothers are our family. We’ve known the Smyth family for a long time. I remember Ryan when he played in the World Junior in Red Deer. We’ve known the family. There are probably similar traits in terms of family values and going home.

Dustin Brown, on Ryan Smyth’s retirement:
I think he’s had a good, long career. A time comes where you kind of prepare yourself for. For a guy who has been a part of this game for a long time, I’m sure it’s never easy to walk away from the game. But I think we all talk about it as players and you want to walk away on your own terms and I think he was able to do that.

Robyn Regehr, on playing against Ryan Smyth:
We played each other and faced each other a lot those games back when I was in Calgary and he was in Edmonton. We faced each other a lot and I faced him with many other teams as well – Colorado, the Islanders and LA. He was a real competitive guy that you knew where he was going to be and that was usually at the front of the net trying to get that old wood blade of his on the puck and deflecting pucks and collecting rebounds. He really had a good sense of how to find the puck. Sometimes there’s four or five bodies around the front of the net and you’re looking around trying to find where the puck is and he had a really good sense of where it was going to be and where it was coming and able to find that and bang in a lot of rebounds. I don’t know how many of his goals were rebound goals, but I’d have to guess the vast majority of them would be that.

So what was playing in the #Oilers room before the morning skate? Before Ryan Smyth’s final twirl? Nickelback’s If Today Was Your Last Day 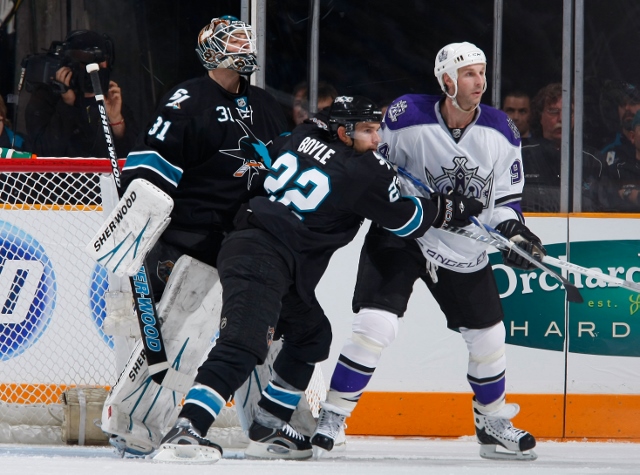