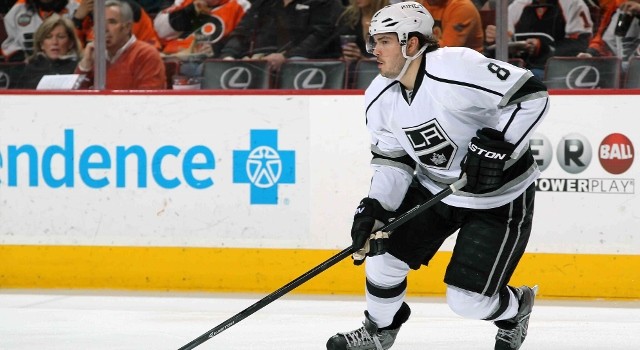 Drew Doughty, who did not return after issuing a hit on San Jose’s Tyler Kennedy in the first period of Thursday’s 2-1 loss to the San Jose Sharks, will travel with the team to Vancouver. Certainly this is not bad news, though the extent and nature of the injury – other than being described as “upper-body” by the team – is not known at this time. More will be learned in Vancouver over the coming days.