Los Angeles Kings Assistant General Manager Rob Blake has been tabbed as the general manager of Hockey Canada’s entry at the 2014 IIHF Ice Hockey World Championships, which will be held in Minsk, Belarus between May 9 and 25.

Should there be any conflict between Kings games and the World Championships, his Los Angeles duties take precedence, as Helene Elliott of the LA Times noted earlier today.

Just talked to Rob Blake about his being named GM of Canada’s men’s team at world puck championships. said if there’s a schedule conflict

between Kings and worlds, the Kings would be his priority. said the role is a good way to get to know players. ‘i’ve gone to worlds a bunch

of times as a player. I’ve always had a good relationship with Hockey Canada and I’m willing to help out whenever I’m asked.’

Blake, 44, previously served as the Assistant General Manager of Hockey Canada’s 2011 World Championships team and has played 58 games for Canada over nine events between 1991 and 2006. He won gold medals with Canada at the 2002 Olympics and the 1994 and 1997 World Championships.

According to Hockey Canada’s press release, the team’s coaching staff will be named in the coming weeks. Canada opens the tournament against France on May 9 and will also face the Czech Republic, Denmark, Italy, Norway, Slovakia and Sweden in the preliminary round.

Certainly this announcement is an indication that Blake, who previously worked for the National Hockey League in the Department of Player Safety, has rather quickly earned the respect of his peers in an executive role on top of the respect he gained throughout his distinguished 20-year playing career. 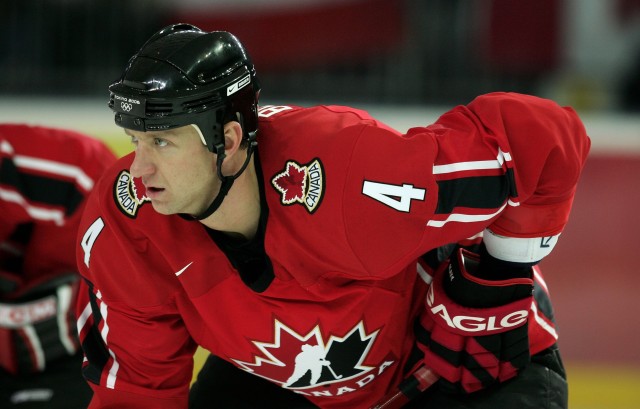