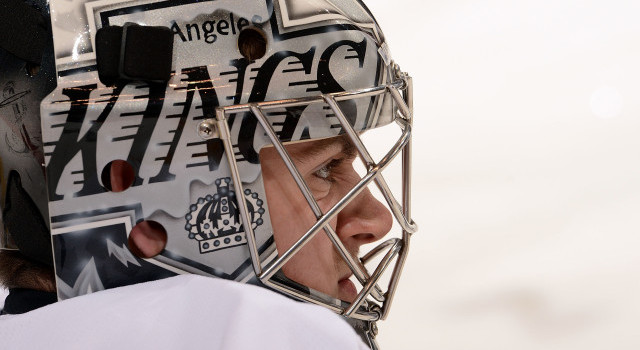 Jonathan Quick, who did not practice on Friday due to illness, did not take the ice for today’s optional morning skate.

Whether he would start against the Anaheim Ducks at Staples Center, Sutter said “We’ll see tonight.”

Martin Jones, who made 26 saves through overtime and denied all nine shootout attempts in a 3-2 win at Anaheim in his NHL debut on December 3, did skate at Toyota Sports Center this morning and would draw the start if Quick is unable to play.

Whether Quick would be available to back up, Sutter didn’t reveal much. “We don’t know,” he said.

The Kings’ coach offered a fine deadpan when asked who would be called on should Quick be unable to back up.