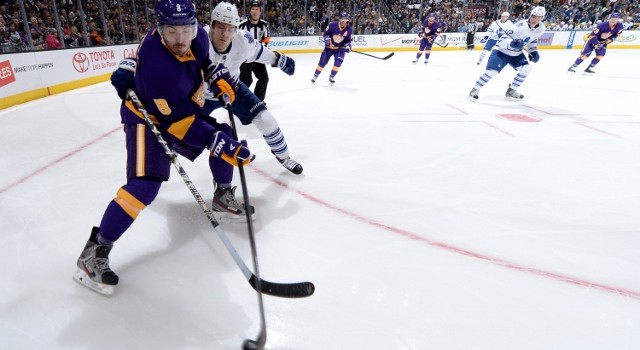 On an assertion “nobody knew where the puck went” on Toronto’s game-winning goal:
I think everybody knew where the puck went. I think he thought it was in the net, maybe. The power play wasn’t good enough. Cost us the game. [Reporter: Do you have some ideas for tinkering with it?] Well, we’ve got to shoot pucks a lot more. The goal they scored was just give it to him, and he shot it.

On whether Dustin Brown got hurt:
No, he got benched. [Reporter: Something specific throughout the game?] No, their line was tired, so we didn’t play them much. It wasn’t Brown. Don’t ask questions ‘Did guys get hurt?’ ‘Yeah, he got hurt. He was hurt.’ I always tell you guys when somebody gets hurt.