This morning’s report by Michael Russo of the Minneapolis Star Tribune has come to fruition. Tenured NHL sniper Marian Gaborik has been traded to the Los Angeles Kings by the Columbus Blue Jackets for Matt Frattin, a conditional second round draft pick and a third round draft pick. It is expected that Columbus will retain a significant portion of Gaborik’s salary, as the move will put the Kings close to the salary cap.

Based on conversations I’ve had with the team’s hockey operations, the Kings have been hot on Gaborik for quite some time, and he appeared to be the team’s top target at the trading deadline. With four 30-goal seasons and three 40-goal seasons, he provides the goal scoring ability and high end skill the team coveted. The Kings rank 27th in the league with an average of 2.32 goals per game.

Gaborik, 32, missed 22 games earlier this season with a broken collarbone. In the 34 games since he was acquired by Columbus at last year’s trading deadline, the Trencin, Slovakia native posted nine goals and 22 points. He has appeared in as many as 75 games five times in his 13-season career and posted a career high 86 points (42-44=86) with the New York Rangers in 2009-10.

Frattin said he was “maybe a little bit” surprised but understood something may have been in the works after sitting through his fourth consecutive game as a healthy scratch on Monday.

“It’s a business, and that’s kind of what happens. It’s going to be tough leaving this group of guys, but at the same time, hopefully I’ll get a lot more ice time there, and it’s a fresh start, and they’re a good team for the playoff hunt.”

At practice, Frattin showed vast illustrations of his skill set. He possesses a good shot, forechecks well and has good speed, but wasn’t able to put the full package together in his opportunity with Los Angeles.

“It was awesome,” he said of his time spent with the Kings. “Living here is great. The team’s great. Not as much media. But it was fun. [I’m] sad to leave, but that’s business, and you’ve got to move on.” 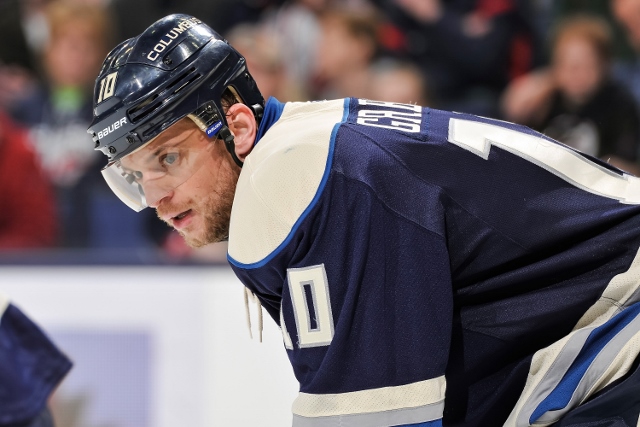