Carter opens up about winning gold 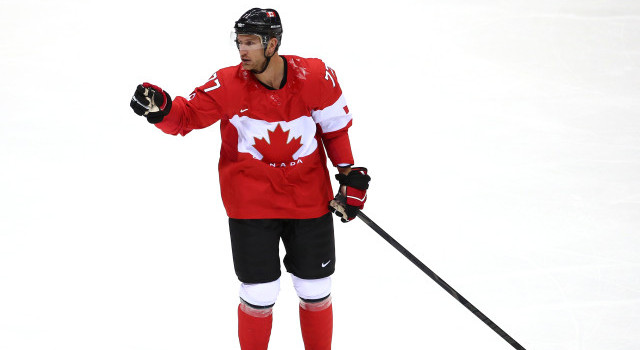 On his Olympic experience:
It was a lot of fun. I had a great experience to go over and play with guys – with and against – of that caliber. It was a real good experience for me, and obviously the end result was pretty nice, too.

On Canada allowing only three goals during the tournament:
Yeah, it shows how the guys came together and everybody bought into the game plan. We had a heck of a team, so it [turned out] nice.

On comparing his gold medal with his Stanley Cup:
They’re both special. Obviously they’re a little different. One’s a full season grind, the other one’s a short tournament. They’re both pretty special to me.

On playing against Jonathan Quick and Dustin Brown:
It was good. It was fun….It’s always nice. Obviously Dewey and I came out on the right end, so we’ve got some bragging rights for a while.

On what Canada did well in the win over the United States:
To be honest with you, I thought it could’ve been five, six, seven-nothing if it wasn’t for Quickie. Our team defense, I think, shut them down, and when they did get a chance, Price was there to make the saves that he needed to, so it was a great effort.

On how the team approached the gold medal game:
There wasn’t much being said. Everybody knew what was at stake. I think the U.S. game kind of got us rolling on the right track of the way we needed to play, and we carried it right over, and it worked out for us.

Whether his hat trick against Austria is among his best individual performances:
I got some lucky bounces. I wouldn’t say it was one of my best, but I was in the right place at the right time.