BULLET POINTS: After Ilya Kovalchuk electrified the home crowd with a power play goal 7:51 in, Juhamatti Aaltonen equalized for Finland less than 90 seconds later and Teemu Selanne scored the game-winner with 2:22 remaining in the first period during a 3-1 victory over Russia. Mikael Grandlund’s power play goal early in the second period was an insurance tally that helped to ensure that the Russians would not medal in a tournament they hosted. Russia out-shot Finland 38-22, with Tuukka Rask stopping all 14 third period shots as part of his 37 overall saves. Semyon Varlamov stopped 12-of-15 shots through 26:42 for Russia before he was replaced by Sergei Bobrovsky, who stopped all seven shots he faced.

VOYNOV: Slava Voynov took four shots but did not record a point and logged a minus-1 rating over 18:09 of ice time. He was unable to slow Mikael Granlund down during a rush into the Russian end late in the first period on a play that resulted with Selanne finishing off Granlund’s feed on a 2-on-1. In five games, Voynov was held scoreless, took seven shots and logged a plus-2 rating. His 89:00 of total ice time in the tournament ranked second to Andrei Markov’s 93:51 amongst Russian defensemen.

THEIR WORDS: “I just feel empty. Nothing. We’re all disappointed and empty inside,” said Sergei Bobrovsky, as reported by Corey Masisak of NHL.com.

Also from Masisak’s recap: “To be honest I am a little bit sad for them,” Teemu Selanne said. “They had a big dream to win the gold medal here and it doesn’t work. It is kind of disappointing in many ways because that would be a great story. It is proving to the hockey world that you never know. The gap is so small with these teams.”

Voinov with an inexcusable turnover. Even our good defensemen are a disaster waiting to happen.

Russia woke up about 33 minutes into the game 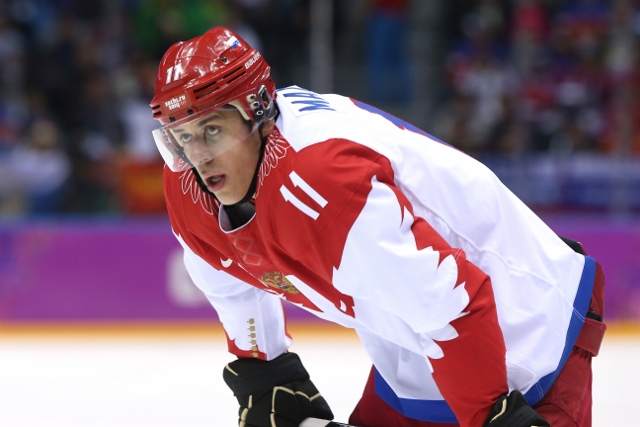