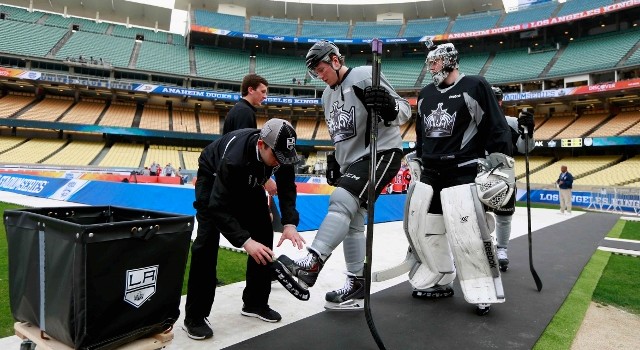 Tyler Toffoli and Martin Jones were assigned to AHL-Manchester at the start of the Olympic break, the team announced today.

As a corresponding move, goaltender J.F. Berube was recalled to Los Angeles, which is likely a temporary “paper transaction” that balances the rosters of all teams throughout the system. I’ve inquired about the Berube recall and will post the scintillating details should they become available. Really, there’s no need to wait up for them.

Though Toffoli’s Manchester assignment last month was based on “performance,” it’s still worthwhile to keep in mind the conditions under which players can be assigned to the American Hockey League during the Olympic break.

(1/2) Something to consider: NHL teams received a memo prior to season saying that a player who plays more than 15 of 20 games prior to…

(2/2) Olympic break cannot be assigned to AHL during break. Strome move clearly made w/ eye to having him play during break. #Isles

I’m currently en route to Manchester (well, Charlotte, to be exact) and will have more from LA Kings Insider and Manchester Monarchs Insider later this afternoon.