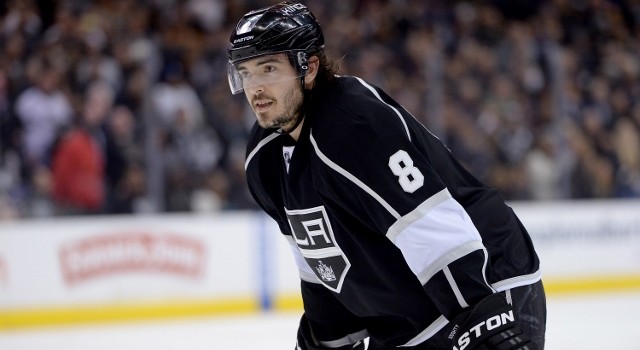 On what has to happen to pull out of the slump:
We’ve just got to not get down on ourselves, not feel sorry for ourselves. We’ve got the team and we’ve got the character in this room to get through this, and that’s what we’re determined to do. And it’s got to start next game.

On the need of an ugly goal:
Yeah, that’d be nice, but you can’t expect those kinds of things to happen. What you can expect to do is go to the net hard, is to get screens, to get more shots on net, and to bang in a dirty goal. We need to expect that out of ourselves. We need to be determined to do that.

Whether he notices anything now that wasn’t there for the team earlier in the year:
I don’t know if there’s anything in particular. We’re getting shots, actually, but we’re not screening them enough and we’re not getting rebounds. Besides that, the guys have just got to believe in themselves both individually and in the team, and I know everyone here believes in this team and this group of guys. We’ve just got to start now. We can’t go into the break losing games like this. We need to get on a winning streak.

Whether it’s “bittersweet” to see his friend, Wayne Simmonds, score for Philadelphia:
No, it’s whatever. Simmer’s a good player. He’s really producing a lot there in Philadelphia. They’re a high scoring team, and we expected them to try and pop a few tonight. Whatever. He got one.

On the importance of turning the slide around before the Olympic break:
It’s really important. We can’t go into the break dwelling on what has gone on. We have to go into the break on a two-game winning streak and believing in ourselves again.

On whether a game against Chicago could lift the team:
Yeah, that would be a big confidence booster, for sure. They’re the best, I still think, the best team in the west. They’re a tough team to beat, and if we can beat them, that’ll really give us a little bit of momentum.