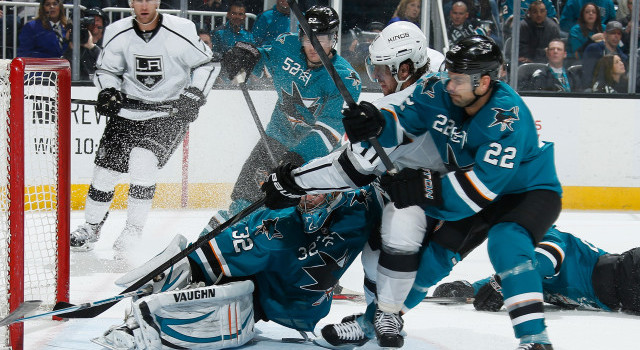 On the game:
At least one was enough. We hit a couple posts, had a couple good chances. It could’ve been two or three, but it doesn’t really matter. It was enough for two points.

On his goal:
I was cutting it close to going offside too actually. I tried to drag my toe as much as I could to not obviously go offside. One of their guys tipped it too and it was actually helping me out because it stopped it for me a little bit. After that, I was just trying to do something and it worked out for me.

On getting a win in San Jose:
We’re usually cutting it close. Most of the time, it’s not a whole lot of scoring usually. So it’s a tight game out there and it seems like every year it’s been like that right after the all-star break and this year with I guess the Olympic break coming up. Everybody is trying to get the points – obviously as many as you can – and tonight was a good start for us, but now we have to keep it going.

On building momentum off of the win:
For sure, sometimes you need a game or an opponent like San Jose, like St. Louis, where there is a heavy game and a playoff-like atmosphere. I thought there was certainly that out there tonight and we were able to get the two points. That’s the most important thing.

On if his lip is okay after being cut on a high stick:
Yeah, a couple stitches but I’ll be fine.

On Alex Stalock:
He was solid. Again, we had him beat a couple times but I guess he covered the angles pretty good. We hit the post. I don’t follow too much the other teams and the other goalies, but it seems like he’s been playing good for them.