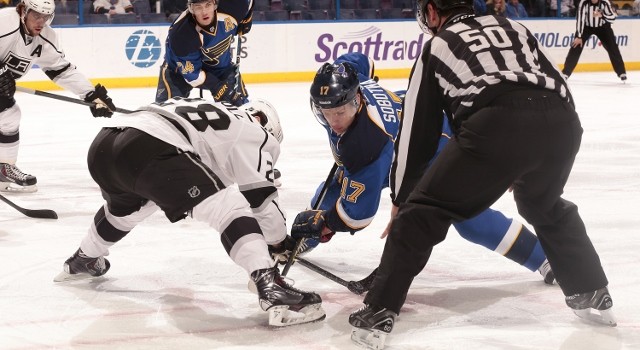 On a comment that the team is battling confidence issues:
You can’t chase the lead. We took a bad penalty, and they scored a bad goal. The big picture is not relevant. It’s more that that’s a tough thing to do in this league.

On how to cut down on the number of penalties taken:
That’s a bad penalty. They took more penalties than us, but the bottom line is that it’s a four minute penalty, and we had it killed, and it’s a bad goal. At some point your goaltenders have to be good penalty killers, too. And that’s two in two games where we’ve basically killed, and the puck’s off the back of the boards. And the other one’s a faceoff goal, so I’m not getting into that part of it.

On comparing the losing streak to a previous losing streak:
We won one in Vancouver 3-2. The rest we got points on, but they were overtime losses, other than that game in Vancouver, and if you look at that, the question that you go back to, we were eight-for-eight killing penalties. So were we lucky, or were we good? So it’s the very same thing that we did then that we’re doing now when you look at it. It was the very same thing. Identical. And they were the very same low scoring gamed, all lower scoring. So hopefully this, by not getting beat in a low scoring game or a shootout or in overtime hits home with guys who were saying that, because they’re the key guys in the room. [Reporter: Because something like this, you can’t sign it off to anything. Like you said, you can’t ignore it.] We won’t. I’m not into that high-low stuff. I’m not into the yelling, screaming part of it, but there is a leadership part of it that has to have full direction in it.