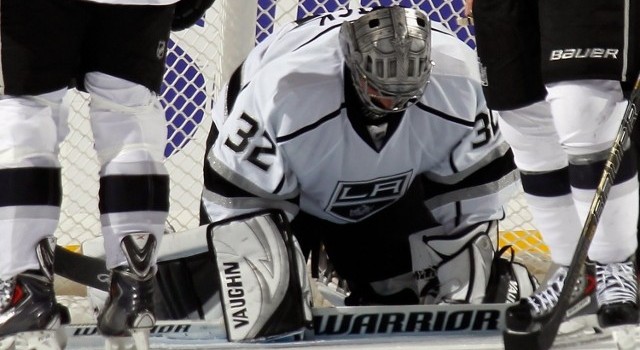 LA Kings Insider learned in a chat with Kings general manager Dean Lombardi that Jonathan Quick, who suffered a Grade 2 groin strain on November 12 in Buffalo, will be sent to Manchester as part of a rehabilitation assignment.

Lisa Dillman of the Los Angeles Times also reported on the news.

Lombardi said on Tuesday morning that a trip to the Kings’ American Hockey League affiliate is a strong possibility for his starting goaltender.

It is not a done deal, however.

There are several factors, including the Monarchs’ travel schedule and how Quick feels about the option.

UPDATE: It has been confirmed – Jonathan Quick will be heading to Manchester for a rehab assignment. The games he’ll be taking part in are to be determined.

The Kings will finish the first half of their 2013-14 schedule tonight at the American Airlines Center against the Dallas Stars (5:00 PT / FOX Sports West).