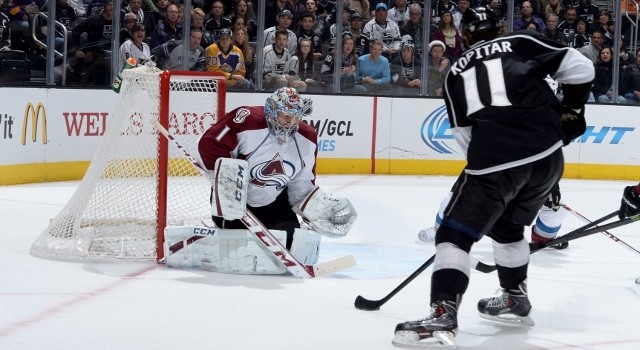 On the team’s direction after a 3-0 start to the homestand:
Yeah, I mean, I think we’re on the right track. Is our game as sharp as it can be? Probably not. But we’re collecting points, and that’s what it is this time of the year. You have to collect points, even though maybe you’re not playing the best hockey. The way this Pacific Division has been going, you lose a couple, you fall back in a pretty big way, so we just want to keep on going, keep plugging away, and we’ve done a pretty good job with that.

On the “mental toughness” shown by the team in winning Saturday’s game:
Yeah, for sure, and then you throw in the one o’clock start factor, it’s not, I guess, the most ideal thing. But we gutted it out. It shows the character of the team and the mental toughness, just like you said.

On Martin Jones being “unflappable”:
I don’t know what to say, to be honest with you. You get a couple, it’s pretty much a done deal. He’s been great. I don’t know how many times I’ve said this before, he’s given us a chance every night, and that’s all you really wanted.