Good morning from suburban Ottawa, where we have been greeted by a severe chill.

It was 5°F Fahrenheit when we touched down yesterday afternoon and dropped to eight below zero this morning. It is the type of cold that gets under your pants and jackets when stepping outside. You can almost feel it from watching this video:

And though this has been the coldest trip since I joined the team, we haven’t really been hit with any real snow, save for some flurries here and there and a brief dusting Friday morning when departing downtown Toronto for the practice rink.

So we’re in Ottawa, and it is cold, if that hasn’t been made clear at this point. Though there is a charming central core to Canada’s capital city, we’re 20 minutes southwest of downtown near the rink. Similar to the arenas in Sunrise, Florida and Glendale, Arizona, the Canadian Tire Centre is based well out in the ‘burbs.

The bus for the arena departs the hotel at 11:45 a.m. ET, so it’s time to get that preview up. Here are several north-facing views from the 15th floor: 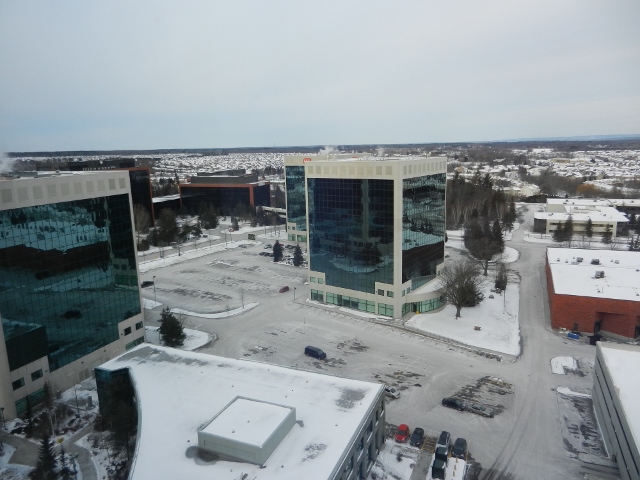 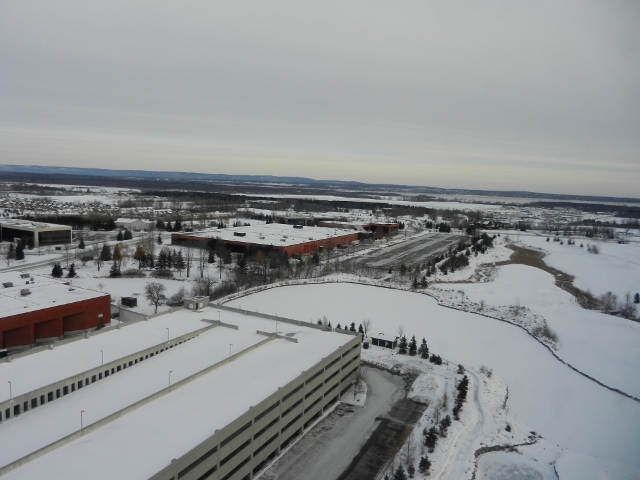