Welcome to Canadian Tire Centre, which was officially rebranded after the arena’s naming rights were sold from Scotiabank to Canadian Tire in July. Scotiabank had originally signed a 15-year, $20-million dollar agreement with the NHL club in 2006. The lead photo depicts the arena when it was known as Corel Cenre; there’s more snow in the parking lot today.

As noted earlier today, we’re a ways outside of the city center. 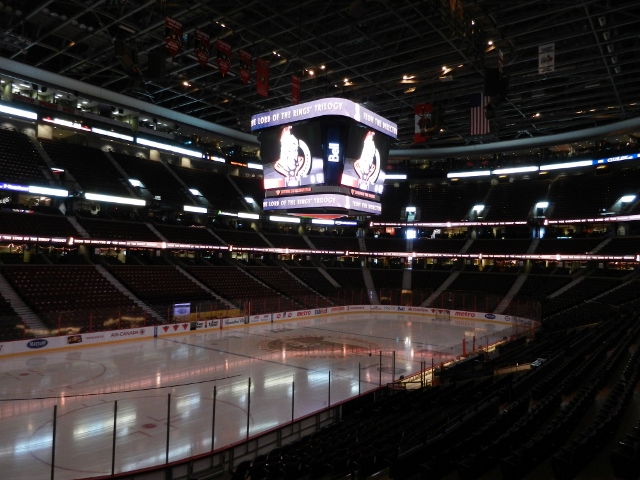 There are also some of the narrowest concourses this side of Nassau Coliseum. 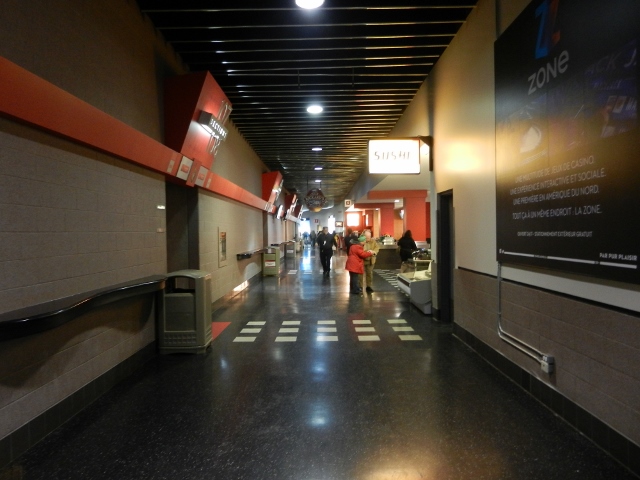 There are so many banners here! Of course, most of them depict the 11 Stanley Cups won from 1903-1927 by the original Senators clubs. The current incarnation of the Sens has hung the following fabrics from the rafters: 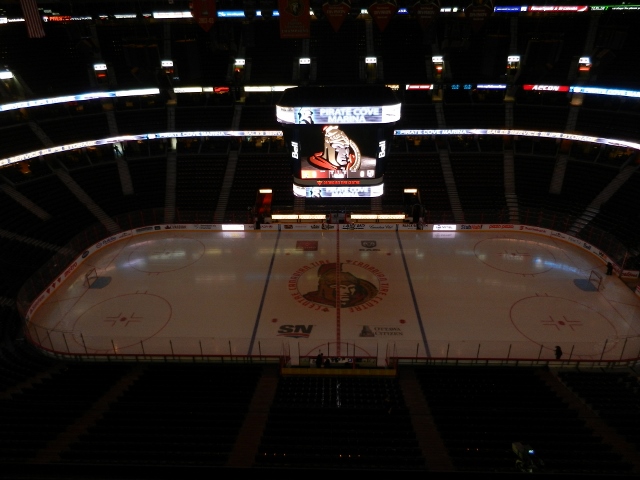