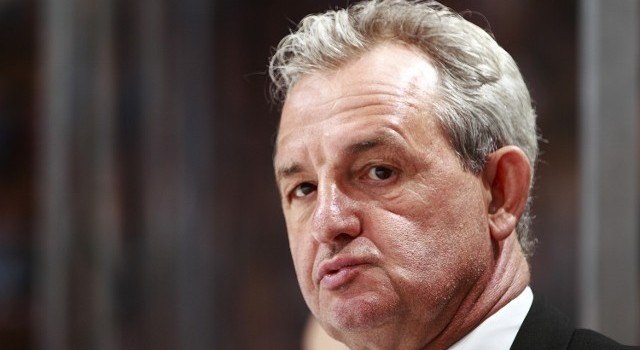 On whether Tyler Toffoli has added some “grit” and “competitiveness”:
I think that’s something that has to evolve in it. I think it’s more the pace. Keeping the pace is more important. It’s not really a gritty part, it’s just getting there and being there. You keep reinforcing it. It’s typical with youngers. [Reporter: Is he picking it up quickly, do you think?] I think it’s been in and out. You’re still really watching his minutes, and quite honest, Mike Richards has done a good job with him.

On whether Trevor Lewis is getting closer to returning:
Yep.

On Fraser’s status for Ottawa:
Obviously we didn’t skate yesterday, and he didn’t skate today, so he’s obviously not going to play tomorrow.

On whether Linden Vey will enter into the lineup tomorrow:
We’ll just see. Decide it tonight, talk to the guys. Get a better read on Ottawa.

On his impression of the Ottawa Senators:
They’ve got some good balance in their lines now. Obviously Anderson was really good last night.